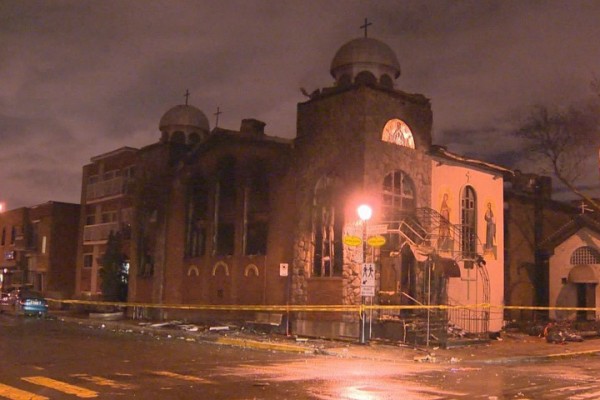 At around 8 p.m., over 70 Montreal firefighters were called to the church on De L’Épée Avenue.

The church was evacuated and no one was injured.

It wasn’t until close to 11:30 p.m. that the fire was brought under control.

Adjoining streets were blocked off to traffic and the power was cut off in the neighbourhood.

Officials are investigating the cause and origin of the fire.

Koimisis Tis Theotokou Church was constructed in 1962. In 1968, it was purchased from the Apostolic Church of Canada and transformed into a Greek Orthodox church and featured an ornate guilded interior.