Source: Notes on Arab Orthodoxy
In ancient times it was said in justification of the persecutions that "Christianity weakens the empire," while today it is said that "this critical thinking discourages the national spirit" or "weakens the nation."
Fr. Georges Massouh | 30 June 2021 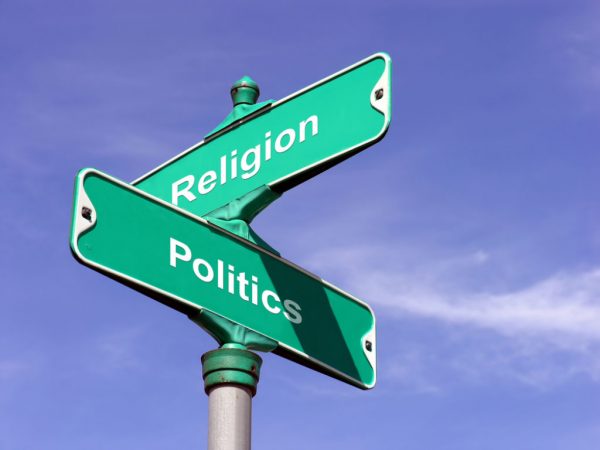 If Christianity were a religion that permitted taqiya, which is “outwardly pretending what one does not actually believe out of fear of oppression,” then the Roman Empire during the first four centuries of Christianity would have accepted the Christians as good citizens and pardoned them and would not have undertaken persecutions against them.

There is no doubt that the Roman Empire of that time was not concerned with the Christians’ dogma so much as with Christians’ loyalty to the emperor. The sprawling Roman Empire permitted religious diversity on the condition that “No person shall have any separate gods, or new ones; nor shall he privately worship any strange gods, unless they be publicly allowed” (Cicero, De Legibus). According to the great legal thinker Cicero, the state had the right to recognize new religions or to refuse to permit their existence.

Why, then, was Christianity not recognized before the edict of the Emperor Constantine in 312, which granted the Christian religion the right to be active in the empire? There were multiple reasons, but most prominent explanation by far is that the chief reason for the persecution is the Roman state’s response to the Christians’ attitude toward the state and the incompatibility of its national and political conduct with Christian values…

The persecutions lasted for around two and a half centuries, from the year 64 (under the reign of Nero) to the year 311 (under the reign of Constantine), interspersed with periods of calm, during which there succeeded many emperors who continued the policy of persecutions, which had a political rather than religious character. In 235, the Emperor Maximian undertook to expel the heads of churches since he regarded them as responsible for “a religion that weakens the empire by dissuading those who belong to it from serving in the army.” In 250, Decius was the first to organize persecution in every part of the empire, requiring every citizen to participate in offering sacrifices to the pagan gods.

The Roman state jealously protected honoring its gods since it saw these gods as the protectors of the empire against all its enemies. For this reason, honoring the pagan gods was not only a religious obligation, but also a civic obligation and this is what came into conflict with the strictly monotheistic faith of the Christians.” The Christians did not accept to worship the Roman emperor and resisted it. They respected the emperor and obeyed him insofar as he was the high authority in the state, but they refused to recognize him as a god. The emperor, however, regarded the Christians’ refusal to participate in the imperial consensus as though it were a rebellion against the empire itself, a betrayal of its principles, and an attack on the greatness of the Roman people.

There is no doubt that the Church’s position regarding the state has changed from state to state and era to era. For example, service in the army has become permissible since worship of the emperor and the pagan gods has been permanently done away with. In reality, however, it is evident that the relationship of people in our countries to leaders still mimics to a great extent the relationship that existed between the peoples of the Roman Empire and their emperor who made himself into a god.

We find this mimicry in many expressions that are still current today. In ancient times it was said in justification of the persecutions that “Christianity weakens the empire,” while today it is said that “this critical thinking discourages the national spirit” or “weakens the nation.” In ancient times “the greatness of the Roman people” was evoked as a pretext for the imperial consensus, while today slogans are brandished in every country about “the greatness of such-and-such a people” as a pretext for national consensus….

It goes without saying that emperor-worship is still practiced in most of our countries. The two-faced emperor– his first face is apparent and only for show and the second, real one is hidden in the background– is infallible. He is infallible, as are all who follow his orders. His is infallible along with his entourage, his companions and his courtiers. Worshiping him is necessary, required for obtaining a testimony of good citizenship. Not worshiping him is treason, an apostasy incurring execution and death.

Do the Christians of our time practice taqiya in dealing with the emperor? Do they, out of taqiya, stay silent about his actions even if they go against the teachings of the Gospel? The early Christians, as we have seen, rejected the principle of taqiya and preferred to speak the word of truth over anything else, doubtlessly paying dearly. We must also pay heed to the fact that there is a price to taqiya that must one day be paid. So let the price be paid instead for the sake of the truth of the Gospel and not upon the altar of the emperor who makes himself into a god.