Source: Holy Trinity Orthodox School
To be in the Church of Christ is possible only by keeping His main commandment, that commandment which has become the foundation of His entire Church, which is the fragrance of Christ — and this commandment is LOVE!
Archbishop Andrei (Rymarenko, 1893-1978) | 16 August 2015 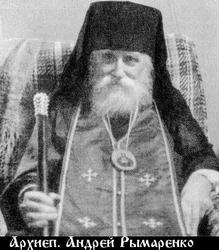 A terrible picture is drawn for us by this Sunday’s Gospel. It begins with the folio wing words: “Therefore the Kingdom of Heaven is likened unto a certain king, which would take account of his servants” (Mt. 18:23). Among those servants was one who was indebted to the lord for a great amount. This amount was so great that in spite of his desire, he could never repay it. There was only one way out: the lord could sell him, his wife, his children, and everything he had. “The servant therefore fell down, and worshipped him, saying, Lord, have patience with me and I will pay thee all. Then the lord of that servant was moved with compassion, and loosed him, and forgave him the debt” (Mt. 18:26-27). Listen, he did not postpone payment of the debt, he did not reduce the amount, but he forgave everything, completely, forever. It was as if nothing had happened, everything remained as before. A new, quiet life as before began. And even better: now this servant knew his master. He saw in him a loving father, and to work for such a father is bliss.

Suddenly something terrible happened: that servant walked out and met one of his fellow servants who owed him an utterly insignificant amount; and grabbing him, started to choke him, saying, Give back everything you owe me. Learning of this, his lord was angry and gave him over to the torturers until he had paid the whole debt.

And so it is with us. We have received everything from the Lord but have proved to be unpaid debtors. And we have asked for forgiveness and have received it. And God has accepted us into His family, the Church of Christ, and in her we can sail over this stormy sea of life as in a safe ship. A ship has everything necessary to protect those sailing in it from the water: it has a strong foundation, a bottom, sides, sails, oars, a rudder. In the same way, the Church of Christ has a rudder by which it is guided by her Godly Pilot, our Lord Jesus Christ; also has sails, oars — these are the godly sacraments; also has a strong foundation — the commandments of Christ of which the main one is love. And if we keep this His main commandment, love, then we will be in His family, that is in the Church, and will rejoice. How much the Lord spoke about it in His farewell talk with His disciples: “This is My commandment, that ye love one another, as I have loved you” (Jn.15:12). “These things I command you, that ye love one another” (Jn.15: 17). Yes, it is impossible to be in the Church and not to abide in His love. To be in the Church of Christ is possible only by keeping His main commandment, that commandment which has become the foundation of His entire Church, which is the fragrance of Christ — and this commandment is LOVE!

God grant that such a moment never come to us. And therefore, for the sake of our own salvation, our own well-being and the well-being of those close to us, let us wholeheartedly forgive our debtors. And let us rejoice that we have such debtors, because only by forgiving them their debts, can we prove to the Lord how much we value His forgiveness. And let us also rejoice, because our Lord forgives us enormous things, and all that we can forgive is so small and insignificant. Let us rejoice every time when we say in the Lord’s Prayer: “and forgive us our debts as we forgive our debtors.” 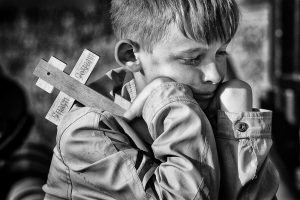 How to Love Our Enemies
Steven Christoforou

As Christians, we know that forgiveness and love are incredibly important. Yet it’s often far from…