“Your Salvation Is in Your Own Hands”: A Homily on the Eleventh Sunday after Pentecost 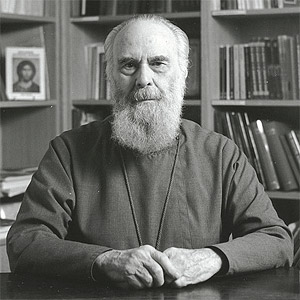 23 Therefore is the kingdom of heaven likened unto a certain king, which would take account of his servants.24 And when he had begun to reckon, one was brought unto him, which owed him ten thousand talents.25 But forasmuch as he had not to pay, his lord commanded him to be sold, and his wife, and children, and all that he had, and payment to be made.26 The servant therefore fell down, and worshipped him, saying, Lord, have patience with me, and I will pay thee all.27 Then the lord of that servant was moved with compassion, and loosed him, and forgave him the debt.28 But the same servant went out, and found one of his fellowservants, which owed him an hundred pence: and he laid hands on him, and took him by the throat, saying, Pay me that thou owest.29 And his fellowservant fell down at his feet, and besought him, saying, Have patience with me, and I will pay thee all.30 And he would not: but went and cast him into prison, till he should pay the debt.31 So when his fellowservants saw what was done, they were very sorry, and came and told unto their lord all that was done.32 Then his lord, after that he had called him, said unto him, O thou wicked servant, I forgave thee all that debt, because thou desiredst me:33 Shouldest not thou also have had compassion on thy fellowservant, even as I had pity on thee?34 And his lord was wroth, and delivered him to the tormentors, till he should pay all that was due unto him.35 So likewise shall my heavenly Father do also unto you, if ye from your hearts forgive not every one his brother their trespasses.

Often people are struck by the question: how can a man be saved? And we find in this passage of the Gospel, as in a whole number of others, such a simple precise answer to it. Your salvation is in your own hands — forgive: and you will be forgiven. And the moment you are forgiven, it means that eternal life is open to you. In today’s Gospel Christ tells us about a man who owed a vast sum of money to his overlord but had no means of repaying and his Lord forgave him all because he had pity on him. After leaving his overlord’s presence this man met another who owed him a small amount, and began demanding payment without mercy. Hearing this the overlord said: I forgave you your enormous debt, so how could you not forgive your debtor his small indebtedness? In the same way we expect that through one word of God’s mercy, the gates of eternal life will be opened for us, yet we close these very doors — no, the small doors of this temporal life in the face of another person. What can we hope for?

The Gospel says in another place: with what measure you measure it shall be measured unto you; in the Beatitudes it says: blessed are the merciful for they shall obtain mercy, and in the Lord’s prayer: forgive us as we forgive… How simple it all seems, and yet how difficult we find it. It would be simple if our hearts responded to sorrow, to need; it is difficult because our hearts are silent. But why is this so? May it not be because when someone behaves badly we always think he must be a bad man, without realising that often the man so much wants to be good, so much wants every word of his to be pure, his thoughts and his heart pure, his actions worthy ones, but he simply has not the strength, he is enmeshed by old habits, by the pressures of his environment, by false shame and so many other things. And he continues to act wrongly; but we could disentangle him. We could look at him as God looks at him, with pity, as one might look at a sick man dying of a disease that could be cured if only he were given the right treatment.

And each one of us could do what is necessary for someone. Look at a man and pity him for being wicked, angry, vengeful, bad in one way or another. Have pity on him and turn the bright side of your soul towards him, tell him that his actions and his words will not deceive you, however wicked they may be, because you know that he is an image, an icon of God, besmirched and disfigured, and yet in him you bow down to God, and love him as a brother. To do this may cost you a great deal, but if you can do it once or twice and see how a person changes because you have faith in him, because you have rested God’s hope on him, what a world we should live in — a world of mutual trust. True, we should have to pay for it with our heart’s blood, with tears of compassion, with agony of soul, but what joy there would be not only among the angels of God in heaven when they saw a sinner saved, but in our own hearts when we suddenly saw that in response to our compassion and love, a person was filled with the light of eternal life.