Source: RIA Novosti
Natalya Mihailova | 02 October 2014
MOSCOW, September 28 (RIA Novosti) - A former Sudanese detainee, Mariam Ibrahim, who was charged with apostasy and managed to escape a death sentence, is planning to launch a campaign for those arrested for religious reasons, BBC reports. 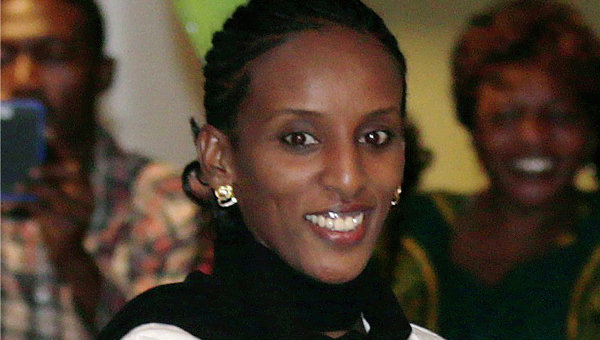 “Sadly, this was all under the guise of the law,” she said, adding that most Sudanese prisoners are living in inhumane conditions. “So instead of protecting people, the law is harming them.”

Mariam Ibrahim was condemned to death for her Christian faith.  She was born to a Muslim father, who abandoned the family and left her Orthodox mother to raise her alone. Mariam was brought up in Christian faith and later married a Christian. However, the Sudanese interpretation of the Islamic law considers her a Muslim, as children are supposed to follow their fathers’ religion. Sudanese authorities didn’t recognize her marriage and accused her of living in adultery and renouncing her faith.

According to Daily Mail, Mariam was sentenced to death, but was released after her detention  caused an international uproar. She was arrested when she was pregnant and gave birth to her daughter in prison while her legs were restrained.

“It wasn’t easy, I can’t describe it,” she said in a statement cited by BBC. “But there are others who are in worse conditions in Sudan than those I was in.”

Mariam is currently living with her family in the US. She says she hopes to return to her country and help those under religious repression.
Religious persecution poses a serious problem in predominantly Islamic Sudan. Sudanese authorities do not recognize conversions and consider those converting from Islam to another faith as law-breakers.