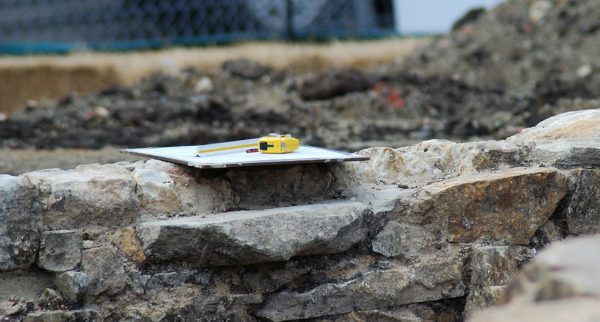 Archaeologists recently unearthed the foundation of a 12th-century church in the Veliky Novgorod Kremlin. The remains are in excellent condition, the Institute of Archaeology of the Russian Academy of Sciences told Interfax-Religion yesterday.

“We were excavating an area of about 385 square feet this year, and, fortunately, a significant fragment of the foundation of the Church of Sts. Boris and Gleb was within the area of the dig,” a representative of the Institute reported, emphasizing the “high building culture of the early 12th century.”

According to chronicle sources, the monumental Church of Sts. Boris and Gleb was built on the site of the oldest wooden Church of St. Sophia from 1167 to 1173. It was built at the expense of a rich Novgorod merchant. In the 17th century, the church fell into disrepair and collapsed.

“Research has shown that the temple was built on the site where at the end of the 10th century there was arable land, and in the 11th century people first settled. This was a residential area of the city, which was later chosen for the construction of a Church,” the Institute told Interfax.

According to the size of the foundation and other indicators, scholars have suggested that the church was about 130 feet high.

“The dominant feature of the Kremlin was still its main church—St. Sophia Cathedral, built in 1045-1050, although the heights of these churches were probably comparable,” the representative added.