The Founder of St. Egidio’s Community Delivers a Lecture on Martyrs of the Twentieth Century in Moscow 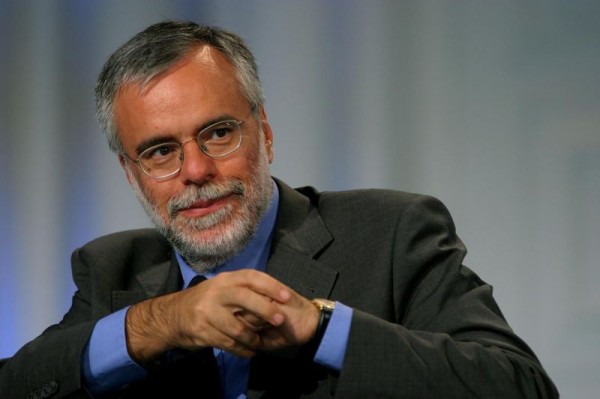 This lecture was given during the Honoris Causa awarding ceremony of the Universal Research Degree and Doctorate of the Russian Orthodox Church in the presence of Metropolitan Hilarion, Chairman of the Moscow Patriarchate’s Department for External Church Relations; Archbishop Ivan Yurkovich, Apostolic Nuncio; chairmen of various Synodal departments of the ROC, prominent clergymen, and diplomats.

Having expressed his gratitude for the honor given to him, Professor Riccardi began his speech with a short autobiographical recollection. The first time he walked into an Orthodox church was at the age of eleven in Germany. He clearly felt the “strong feeling of the Presence”. Later he read a book by Nikita Struve about the persecution of the faithful in the Soviet Union, and the “feeling of a mystery of the faithful and suffering people of the Church” only strengthened as years went by. Having been acquainted with theological works of the St. Sergius University in Paris, having visited Moscow in the 1980s and participated in divine services of the “disparaged, but not defeated Church”, a “deep and respectful friendship towards the Russian Church” was established. “This friendship has been maintained all my life and the life of the St. Egidio’s Community,” Mr. Riccardi noted.

The Russian Church in the twentieth century is the church of martyrs. Therefore, the speaker called it “an expert in humanity”: “The struggle of the martyrs of the twentieth century is the source providing an excellent lesson of humanity that might teach the twenty first century. The Church is the mentor of humankind… A martyr is not a banner in a fight against somebody, but a person who dies in order to lay down his life or not to lose his life.” In his opinion, the twentieth century, which many people associate with scientific and technical achievements, was a dark century for millions of people – the time of mass murder, when “anti-religious persecution and the persecution of people coincided”. “The memory of love and respect for human was lost. Having lost mercy, humanity was lost too,” Mr. Riccardi added.

“The Russian Church knows what it means to be the Church of martyrs in its spiritual heart,” the historian, quoting reliable sources, was talking about the death of millions of Orthodox Christians murdered for their faith in the Soviet Union. What exactly is the lesson of the Russian Christians and why did they “survive not seeing the future”? “It is because they saw that together with banishing God, humanity was banished too,” the professor quoted the words of Sergei Averintsev, who he had known well.

Then, the speaker cited real-life examples of the spirit of fortitude, peaceful opposition, and “the flame of the faith that was at the same time the flame of humanity”, which were showed by Christians under inhuman conditions of the prisons and camps of the Soviet Union and the Nazi. T. Olivelli, the Italian, wrote from a Nazi torture chamber: “Prisons are full of God”. This quotation is echoed in the recollections of A. Solzhenitsyn when Christians were walking through the Gulag Arkhipelago as “some silent religious procession with unseen candles” and that silent testimony “humanized the Soviet camps too”.

The speaker cited the words of Pope Benedict XVI, which he had said during his visit to the St. Bartholomew Church on the Tiber Island in Rome – which is the commemoration place of New Martyrs of the twentieth and twenty-first centuries. This place has been entrusted to St. Egidio’s Community. “There is a strength that is unknown to the world in those who are defeated and humiliated and who suffer for the Gospel… This is the strength of love, which is unarmed, but wins even in an external defeat. This strength challenges death and wins it,” the professor quoted.

According to Mr. Riccardi, there are similar examples of humanity and mercy in the present time. He reminded those present of a silent heroic deed of nuns from Bergamo who died of the Ebola in the Congo in 1995. They helped the sick. Several weeks ago a Spanish monk, Manuel Garcio Viejo, died of the same virus in Sierra Leona, where he worked as a surgeon. The professor quoted his words: “we should continue to serve the citizens, especially now, when they need us most.” With gratitude, Mr. Riccardi remembered Father Pino Puglisi, killed by the Mafia on September 15, 1993. He was the rector of a parish church in Palermo in the district ruled by the Mafia, which controlled young people. The priest educated the youth and encouraged them to avoid the influence of the Mafia despite multiple threats from bandits.

Both representatives of the “national mercy” and “magnificent Christians”, among whom are bishops and primates of various Churches, continued to give a number of modern examples of mercy, which often coincide with the martyrdom. “It is believed that approximately three hundred Russian bishops were killed. In the twentieth century primates of other Churches died, including Patriarch Theophilos of Ethiopia, killed under the administration of Mengistu Haile Mariam; Catholicos Khoren of the Armenian Church, probably murdered by the NKVD; and an Anglican archbishop of Uganda, killed by Idi Amin. Many bishops were murdered in Africa.” Mr. Riccardi told about the murder of Archbishop Oscar Romero of El Salvador in 1980 during the Divine Liturgy. “These people showed that closeness to the poor is more important than caring about themselves, and that the preservation of their own life was not an absolute value,” the historian stated.

The Church, just as a “refuge, arc of humanity, love and truth”, still suffers assaults today – he was talking about the sufferings of Christians in Syria, Iraq, Nigeria, Pakistan, and many other countries. “The deepest geography of mercy and holiness getting through the life and history of Churches” confronts this terrible geography. Mr. Riccardi assumed that today “mercy and martyrdom bring together Christians of different Churches” despite the difficulties of creating a Christian unity and even, as some people believe, “ecumenical winter”. His assumption is supported by testaments of inmates of the Soviet camps, who witnessed “the resurrection of pure and unshakable faith of first Christians” and “the reconnection of Churches in the example of Orthodox and Catholic bishops, who joined to participate in the common great deed; the reunion in love and humility”.

In conclusion, the head of the St. Egidio’s Community pointed out: “My aim today is not to develop the topic of the significance of mercy and martyrdom for the Christian unity, but only point out that love and martyrdom muster deep strengths in the history of people, uniting, re-creating, and protecting the stunned world… The testimony of mercy and the history of martyrdom together form a kind of fresco, which we are called to primarily contemplate and perceive in our spiritual life and the life of Churches. The flame of the faith nourishes the flame of humanity, which the Russian Orthodox Church was holding on fire in the terrible years of the twentieth century.”