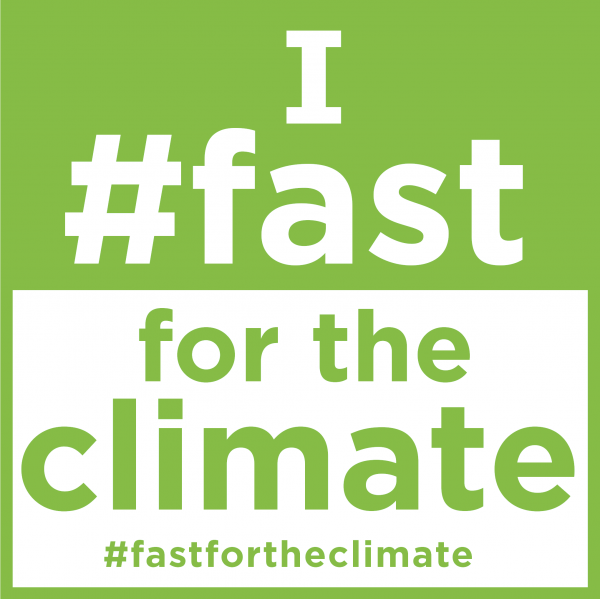 Supporters commit themselves to fasting on the first day of each month until the next United Nations climate conference in Paris in December 2015.

Nicolas Hulot, the French ecologist who is organising the conference, said he hoped to enlist Pope Francis in the worldwide campaign launched by the Lutheran World Federation. “As moral and spiritual authorities, the religions can shake up the politicians,” Mr Hulot said at a news conference announcing the initiative. “Believers and non-believers, defenders of nature, should hear this call. Once a month, the fasters will be ambassadors for greater sobriety in our societies of consumption.”

Speaking for the French bishops’ conference, Bishop Marc Stenger said: “The Church calls on the state and local governments to take decisive steps against climate change, despite the economic crisis, and free themselves from dependence on fossil fuels … this is the occasion to invite Christians to change their lifestyles.”

Most viewed articles
We Are Not Saint Mary of Egypt (But We Can Still Repent)116
Athens and Jerusalem: the Role of Philosophy in Faith, with Analysis by St. Gregory Palamas96
Food for the Journey84
The pandemic is a significant examination for us all, Transylvania Metropolitan says76
Fire Destroys Main Building with the Church of St. Peter Convent in Pavlodar67
Orthodox Priest Rescues Two People from Fire in Constanța62
Dining with Caesar1
Most popular authors
Aurelian Iftimiu138
Archpriest Geoffrey Korz116
Eric Hyde96
Dcn. Michael Schlaack84
Pravmir.com team67
Archpriest Lawrence Farley1