Source: Christian Today
Natalya Mihailova | 10 July 2015
Franciscan missionaries spreading the Word of God in the Holy Land are asking the faithful to pray for the safe return of Father Dhiya Aziz who was taken by militants in Syria on Saturday. 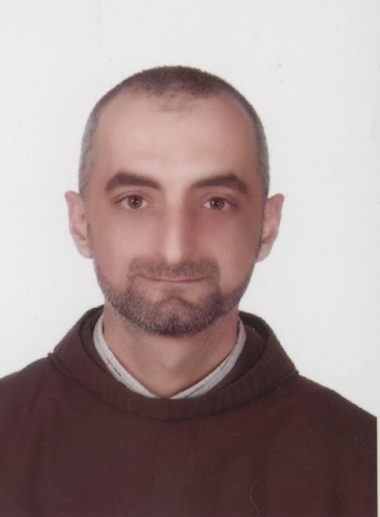 The abduction of Fr. Dhiya Aziz (pictured here) is the most recent in a series of attacks on the Christian religious community in the Middle East since the beginning of the Syrian civil war in 2011.

Fr. Aziz, a Franciscan priest of the organisation Custody of the Holy Land, was the parish priest at Yacubiyeh, a village in Syria’s Idlib province, over 56 miles northeast of Latakia, the Catholic News Agency reported.

Members of the Custody of the Holy Land said they lost contact with the priest on July 4.

“Some militants of an unknown armed brigade, perhaps connected with Jahbat al-Nusra, came to take him away for a brief interview with the emir of the place. From that moment we do not have any more news and we are unable to trace his whereabouts at the present moment,” the organisation stated in a July 6 communique.

“We are doing everything possible to locate the place of his detention and secure his release. We entrust him to the prayers of all,” the statement said.

Another monitoring group, the Assyrian Observatory for Human Rights, said on a social media platform that the 41-year-old priest was abducted from the “convent of the Immaculate Conception, where he was living.”

Fr. Aziz was born in 1974, in Mosul, Iraq. He was a student of medicine before choosing and pursuing priesthood. He made his first profession of vows in 2002.

He was transferred to Egypt the following year, and then to Jordan in 2010. He moved later to Latakia, and then volunteered to come to Yacubiyeh, a predominantly Christian village.

His abduction is the most recent in a series of attacks on the Christian religious community since the beginning of the Syrian civil war in 2011.

In 2013, Fr. Paolo Dall’Oglio, S.J., the Greek and Syriac Orthodox bishops of Aleppo, and a group of Greek Orthodox nuns were taken by militants. The nuns were later returned to the convent unharmed but the others remain missing.

The following year, Fr. Frans van der Lugt, S.J., a Dutch priest who was involved in inter-religious dialogue and built a spiritual centre for children with mental disabilities while serving in the war-torn country for four decades, was murdered in Homs.

Another Franciscan priest, Fr. Hanna Jallouf, was abducted in the same year. He was taken along with 20 people from his parish in Qunaya, a neighbouring village of Yacubiyeh.

At least 90 Christians from villages in northeast Syria were taken by the Islamic State in February.

Fr. Jacques Mourad was abducted from a monastery southeast of Homs in May.

Most viewed articles
Critical Theory, Social Justice, and the Attempt to Disfigure the “Transfiguration”165
Patriarch Kirill Urges Believers to Fight New Idolatry in Their Own Lives117
The Frontier of Personhood116
350 Thousand Believers Take Part in Cross Procession in Kiev114
Bell-Ringing Unites Believers from Different Countries on the Day of the Baptism of Rus (+Video)53
Disoriented29
Saint Macrina the Younger as a Model for our Lives1
Most popular authors
Pravmir.com team282
Eric Hyde167
Archpriest Stephen Freeman116
Fr. Stephen Powley31
Protopresbyter Fr. George Papavarnavas1