It’s Difficult for Young People to Come to Church 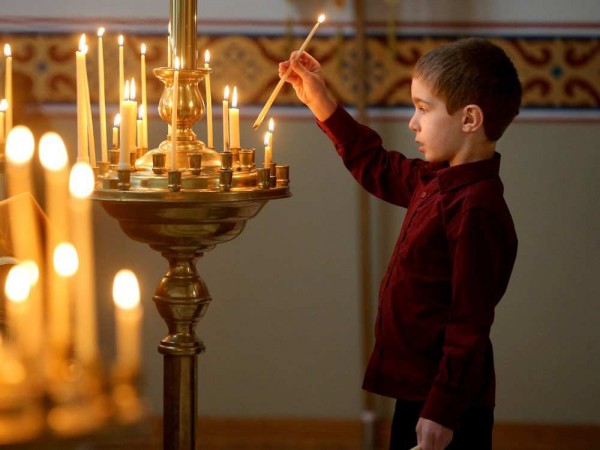 And then modern upbringing- psychology, philosophy, politics- has given an anthropocentric character to people and this creates a false sense of self-salvation. People cultivate self-sufficiency, self-love and egocentrism. All of this is contrary to the spirit of repentance and confession. Some systems, such as existentialism, in fact stress that sinfulness lies in sinful conditions, not in people, and so they transfer the issue of personal responsibility from people to conditions. And so people tend to think they bear no responsibility for anything bad that happens.

Meanwhile, according to Freudian theory, sin is not the fulfilment of wicked desires, in a person, but their non-fulfilment. Sin is also presented today as a human right, and liberating, as in the case of abortions. Abortions are the most horrific sin and yet we see feminists demonstrating on the streets to declare that what is a crime is, in fact, their liberation: ‘Our bodies belong to us’, they shout, ‘we don’t want a Christian body’. So just think how distorted things have become when a crime is viewed as human liberation, whereas, in fact, it’s our worst subjugation.

Young people are deluged with this sick, egocentric and selfish spirit by television, radio, videos and so on, so how can they enter into the spirit of the Church, which is exactly the opposite?

Something else which is being cultivated is the psychology of the mass, as opposed to the individual and to personal responsibility. Excessive use of the word ‘mass’ and its adjectival applications (‘mass sports’, ‘mass struggles’ etc.) as a designation of an accumulation of people suggests an attempt to absorb the human person into the mass. People en masse do not think, decide or act personally [‘group think’], and so they feel no personal responsibility. Others direct them.

Moreover, the general climate and the promotion of degeneracy banishes the moral conscience. When children see what they see from an early age, their conscience is dulled. They cease to consider evil as evil or how evil it is. This is why, though it pains us to say so, we see that there has been an increase in criminality and especially in that associated with the taking of other people’s lives. Every day, the most terrible crimes are published in newspapers. And once abortions are legalized, crimes will increase even more. The state itself is now showing contempt towards the lives of people (‘under construction’, but still persons). Now if young people are on the receiving end of this upbringing, are directed by the state and commit crimes through abortions, why should we expect that they will not commit a crime later in life, against another person, when their selfishness demands it?

Another difficulty, in terms of attracting young people to the Church, is the inability of parishes, especially large ones which today number many thousands of parishioners, to show the eucharistic and ecclesiological composition of the parish. In other words, it’s difficult for people to go to their parish and have a real sense of the eucharistic congregation and to say: ‘This is my family, the family of God; this is the house of God and my Father. Here we’re all members of Christ’s Body, we’re a community in Christ, brothers and sisters. The priest here is my spiritual father and if I want to take part in this eucharistic assembly, I mustn’t, through sin, cut myself off from God nor from the Church. And, when I sin, I have the facility to go to the priest, to my father and spiritual guide, and confess my sin to him. He can forgive me and I can take part in the assembly in Christ, with my community and family, which is my parish. And I can receive the Spotless Sacraments’.

The Liturgy of the Church as a eucharistic assembly of the people and practical implementation of the communion of the Body of Christ was self-evident for the ancient Church. This is why there was group confession by sinners in front of the Bishop, who, as the head of the Local Church, granted God’s remittance of their sins. After public confession and forgiveness, the penitents were restored to the Body of Christ and were able to receive the Spotless Sacraments.

Ecclesiological and eucharistic re-orientation will help young people to return to the Church and to forge a link to the sacrament of confession.

Where can we stand, what points of contact can we find in order to help young people to come to the sacrament of repentance? I think, by reference to the painful problems being faced by young people in their lives. With some exceptions, young people today, from a very early age, no longer live a traditional life. They live in the secular world and have advanced far in their experience of wickedness. Most of these experiences have left them disillusioned. After much searching, many trials and disappointments, they are bitter inside. It is then, when they’re beginning to live this bitterness, that the theologian or priest or believing Christian can approach them and say: ‘Look, everything you’re experiencing is a form of despair, of failure, but there’s something you haven’t tried yet and it’s something that’s able to bring you real, true joy’.

Now a new generation is born with Jesus Christ as its spiritual founder. The purpose of this generation…

The more that people are cleansed of the passions, the greater their capacity for real communion with God…