Georgian patriarch says he has known Deacon Mamaladze for a long time, calls his detention ‘strange’

Source: Interfax-religion
Natalya Mihailova | 17 February 2017
Tbilisi, February 17, Interfax - Catholicos-Patriarch Ilia II of All Georgia has made his first statement after undergoing surgery at a Berlin clinic regarding the detention of Deacon Giorgi Mamaladze, who has been accused by the Prosecutor's Office of attempted murder. 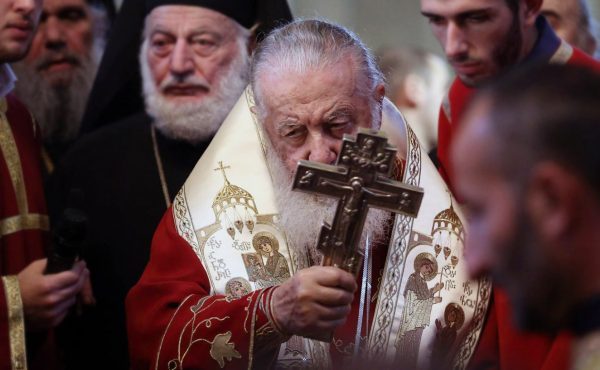 “I have known Father Giorgi for a long time and have heard nothing but good things about him. The story with Father Giorgi is strange and not normal,” the patriarch said in an interview circulated by the Zugdidi-Tsaishi Diocese.

Ilia II said that he would arrive in Georgia in three days and then “everything will be clarified and will return to normal.”

“No one will be able to disrupt the unity of our people and our Church,” he said.

Georgian Chief Prosecutor Irakly Shotadze said at a press briefing earlier that Mamaladze was accused of attempting to murder a “high-ranking clergyman” in Germany.