Is It Good to Watch TV?

Source: Fr. Sergei Sveshnikov's blog
If you were given a year to do whatever you wanted, would you really just sit on a couch watching TV and “liking” other people’s FaceBook posts?
Priest Sergei Sveshnikov | 26 December 2014 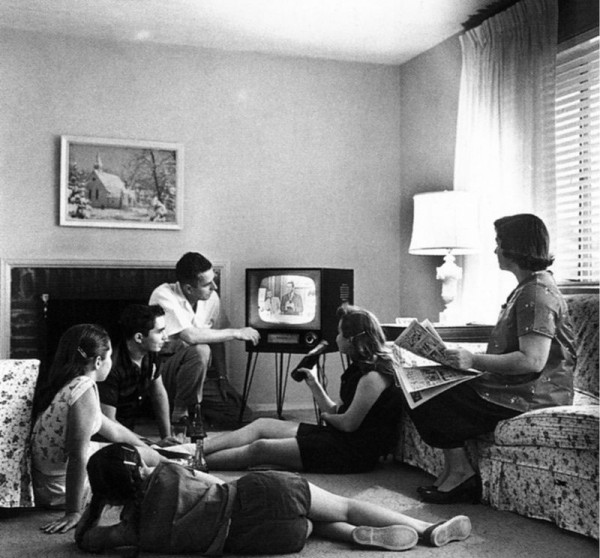 Most people today consume a lot of various media content. This may be in the form of television shows, movies, music, books, magazines, the internet, and, perhaps some other forms of media of which only teenagers are aware. Most people are aware that some content–such as pronography, for eample–is not compatible with the Christian faith, even if they are not sure why this is. But in many other cases, it may be difficult to determine whether a movie or a song is appropriate, or whether it is compatible with the Christian faith. I hope that the following points will prove helpful in this matter.

That is correct: you only live once. Somehow, this very helpful reminder has become a license to do things that one would otherwise be prudently-hesitant to do. But this catchy phrase should really remind you that there is a limited amount of time that you have in this earthly life. We rarely value this time, even though on a smaller scale, we all understand what it is to have a large task and very little time to finish it. We all know what it is like to work against a deadline (think of writing a paper the night before it is due). It is the same in our lives: we are working against a deadline. This deadline is our physical death, and the task is truly great–we must prepare for life with God. And this means that we must have our priorities in an order that will help us complete this great task. Now think of how much time you can spend watching useless television shows, movies that excite your senses in the moment but leave you with nothing worth having two-and-a-half hours later, or browsing other people’s lives on social media, instead of living your own. If you spend only one hour each day on this (many people spend a lot more!), that is an entire day missing out of your month, or an entire week out of a year. Maybe this does not sound like much, but it amounts to an entire year by the time you are fifty–a whole year completely wasted! If you were given a year to do whatever you wanted, would you really just sit on a couch watching TV and “liking” other people’s FaceBook posts? So, this is the first problem: television wastes a lot of time that can be much better spent living the life that God gave us for a specific purpose: to learn to be with Him.

You Are What You Eat

We often have a lot of good sense about what we eat. If something is fresh and healthy we eat it. If something is rotten or poisonous, we stay away from it. And we know that if we eat something poisonous, we will become ill and can even die. Why, then, do we not have the same good sense about our brains? Why do we allow things that are poisonous to enter into our minds? What we allow to enter into our minds through the eyes and ears can be even more dangerous than bad food. Bad food can only afflict our bodies; bad television can corrupt our minds and souls. Well, is it ok to watch something that is only “a little” bad? Is it ok to eat food that is only a little spoilt? We would not do that. We would not take the chance of getting sick. Why not apply the same wisdom when it comes to our minds? Once you see something, you cannot unsee it. Your stomach can vomit, but your mind is not so easily cleansed.

Many television shows and movies are not produced for our benefit. Their goal is to earn money for those who produce them. And producers will appeal to every base and sinful passion in order to keep our attention. There is a reason why shows are steadily becoming more sexualized and violent–sex and violence capture and keep people’s attention. But they also introduce sin into our minds. This sin in the form of thoughts and memories remains in our brains long after the show is over, and buries itself deeper into our being. In this we see that “we are not just struggling with bad habits, pornographic television, and the various weaknesses of our bodies. We are also struggling with evil spirits, and we must take the fallen angels and this struggle seriously.” Media influence on our minds is tremendous. Often people will believe a lie just because they saw it on TV, become accustomed and desensitized to sin just because “everyone” in movies is doing it, or go and buy something that they had no idea existed, but an advertisement told them that they deserved it and had to have it.

What to Do About It

1. As Christians, our primary goal is life with God. Make a rule to spend at least as much time on your spiritual life as you do on entertainment. This spiritual life has many different expressions: prayer, reading from the Scripture, participating in church services, or helping and supporting other people. But it is important that in fifty years, you will not have spent an entire year of your life sitting in front of a screen, but instead working on your relationship with God.

3. Try technology-free days. Perhaps, once-a-week, perhaps, once-a-month, but try turning off your television, telephone, computer, whatever other device and engaging with the world which God has so beautifully fashioned. The best time for limiting technology distractions and time wasted is our fasting periods. In Russian, the word for ‘fast’ is the same as the word for ‘guard.’ Be on guard, guard your soul from those who want to exploit the weaknesses of your nature for their personal gain and from demons who want you to be as filled with filth as they are.

Most viewed articles
Metropolitan Hilarion of Eastern America and New York to Be Buried in Jordanville on May 22167
Patriarch Kirill: The Peoples of Russia and Ukraine Have No Interest in the Conflict161
Communion restored between the Serbian Orthodox Church and the Macedonian Orthodox Church – Ohrid Archbishopric119
Metropolitan Hilarion of Eastern America and New York Reposes in the Lord117
What Do We Celebrate at Mid-Pentecost?100
Metropolitan Onuphry: One Needs to Search for the Truth in Spiritual Life, not Easy Ways86
Celebrating 100 Years with Paschal Joy63
Patriarch of Serbia to Concelebrate with Archbishop Stephen of Ohrid40
Family Life and Spiritual Warfare22
China’s Internet Clampdown Is Step Closer to ‘Cancelling Christianity’7
Most popular authors
Pravmir.com team690
Ioannis Foundoulis100
Priest Luke A. Veronis63
Archpriest Michael Gillis22
Donna Birrell7