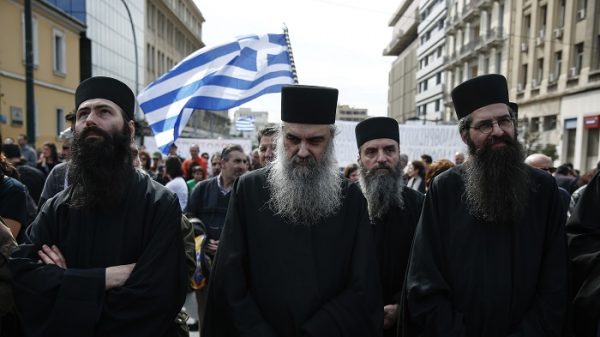 The Greek government overruled the powerful Holy Synod of the Orthodox Church and announced late on Monday that services in all places of worship, regardless of religion or dogma, are suspended until March 30.

The political leadership of the country decided to defy the Church after the Holy Synod refrained from explicitly shutting down the churches at a period when Greece tries to contain the spread of the new coronavirus.

PM Kyriakos Mitsotakis tweeted late on Monday that the government “suspends operations in all areas of religious worship of any religion or dogma. Churches remain open only for individual prayer. Protecting public health requires clear decisions.”

In a separate tweet, Education Minister Niki Kerameus specified that the suspension will apply from March 16-30.

Earlier, the Holy Synod, under pressure from most political parties to take radical steps, ruled that although it would curtail all weekday services, it would still perform Sunday liturgies for one hour, between 7 and 8 in the morning.

This response led to Mitsotakis’ intervention, a rare case where State overrules Church in Greece.

The Holy Synod also decided to suspend all marriages and baptisms for the next several weeks. Funerals will be held only in the presence of the family of the deceased.