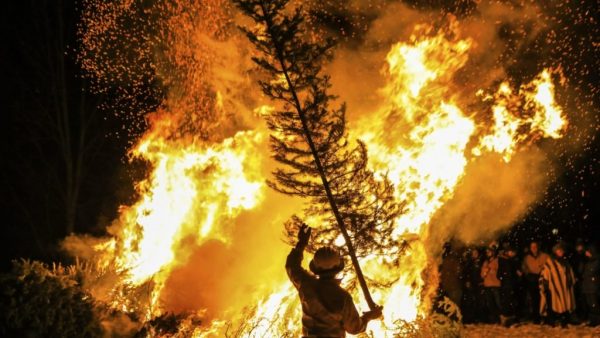 The Greek community and individuals across Australia have responded to the tragic and continuing bushfire crisis.

The Greek Community of Melbourne, Victoria is organising a fundraiser for the bushfire victims on 17 January at Chasers nightclub.

Bill Papastergiadis, President of the Greek Community of Melbourne said in a media release that the Greek community is “coming together, to do what it does best, support people where needed.”

“We can all remember the massive fundraising event last year for the Mati fires, once again we are banding to support our follow Australians.”

All proceeds will go to support those who have been impacted on by the terrible fires.

Martha Tsamis of Chasers Night Club called on all to “be part of this combined effort”.

She underscored money raised in 2018 for the Mati fires.

“The Greek community in 2018 raised over $1 million dollars towards the Mati fires in Greece. Let’s smash that record.”

The Greek Orthodox Archdiocese for Australia was quick off the mark to organise a fundraising effort. Archbishop Makarios in an open letter said that the Archdiocese of Australia “hurts deeply with the pain and suffering of all those affected.

“However, we know well that sensitive words are not enough.”

He announced that a “collection tray will be circulated in all Greek Orthodox parishes of Australia” and that all the money collected from this fundraiser will reach “the people who need it.”

The Archbishop called on everyone – “Greeks and non-Greeks, Orthodox and non-Orthodox, Christians and non-Christians faithful and non-believers,”to donate to the Greek Orthodox Fire Appeal.

Greek Australians continue to donate to various bushfire appeals, the CFA, Red Cross, either as part of community organisations, businesses, and faith groups or as individuals.