Source: The Malay Mail Online
Natalya Mihailova | 02 November 2014
ATHENS, Nov 1 — The Greek Orthodox Church said yesterday it would not provide religious rites for those who choose cremation, saying it disrespects the human body. 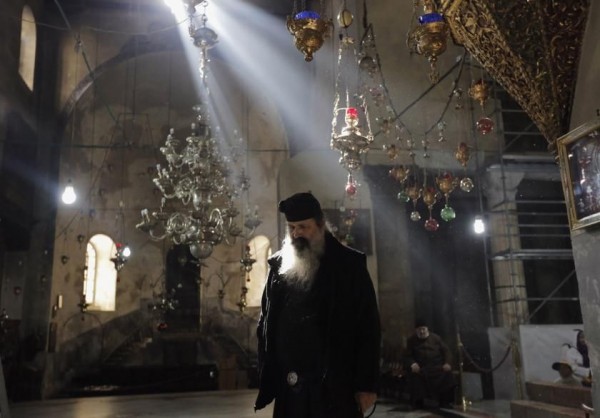 A Greek Orthodox priest walks inside the Church of the Nativity, the site revered as the birthplace of Jesus, ahead of Christmas in the West Bank town of Bethlehem December 23, 2013. — Reuters pic

“The incineration of the body is not in keeping with the traditions and actions of the Church, for anthropological and theological reasons,” the Church said in a statement.

Cremation was only made legal in Greece in 2006 and there is still nowhere it can be carried out in the country.

That has not stopped the Church labelling a new law on procedures for cremation as “nihilism” which contributes to “the suppression of religion” and a “lack of respect for the human body”.

“The Church does not accept incineration of the body because it is a temple of the Holy Spirit. Anyone who expresses the intention to be incinerated confirms their separation from the Church and therefore does not have the right to a religious ceremony,” the statement said.

No Greek government has yet authorised the construction of a crematorium in a country where religion continues to play a major role in public life.

The mayors of Athens and Thessaloniki, Georges Kaminis and Yannis Boutaris, have long called for crematoriums in the face of dwindling space for cemeteries but have been repeatedly rebuffed. — AFP