Source: The Pappas Post
Gregory Pappas | 01 February 2016
On this tiny Greek island with no full time priest— and a school with only two students, the teacher, Mr. Tasos Ziaskas, saw it as his duty to celebrate the important Orthodox Christian Feast Day of the Three Hierarchs on January 31st. 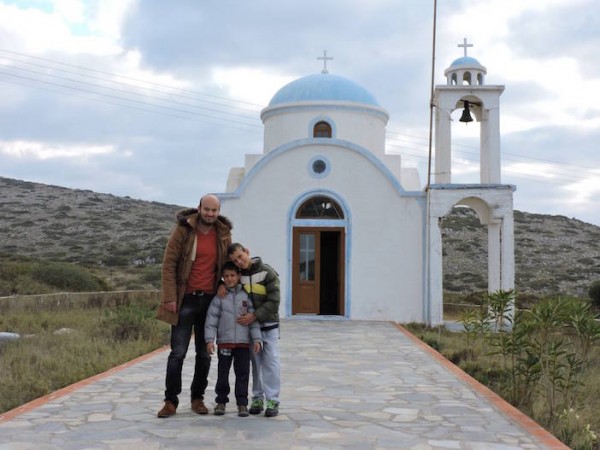 “On the island (of Arki), there may be no priest, but we couldn’t not celebrate the Protectors of Education and Letters,” the schoolteacher wrote on his Facebook page, adding that We thank the few residents of the island who came to follow our school’s celebration of the Three Hierarchs.” 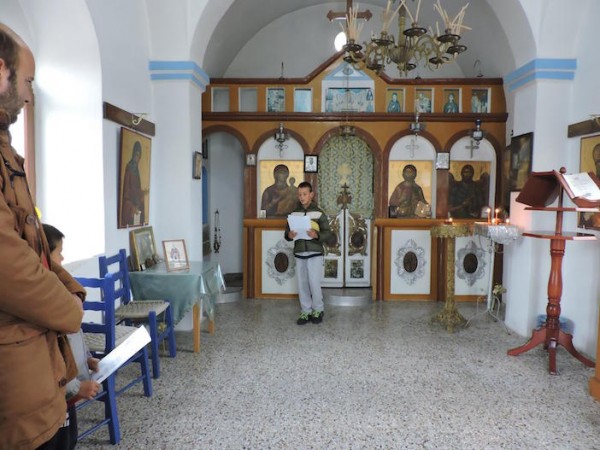 A photo of Mr. Ziaskas and his class of two students went viral last October when they participated in the island’s celebration of Oxi Day on October 28th. In fact, they were the entire parade.

The island is close to Patmos and boasts a population of 54 permanent residents, year round. The residents are largely fisherman, goat herders or work at one of the island’s four tavernas.

The fact that his elementary school only has 2 students doesn’t get Mr. Ziaskas down, always remembering the holidays and feast days of the Church and organizing celebrations around them— even for his only two students. 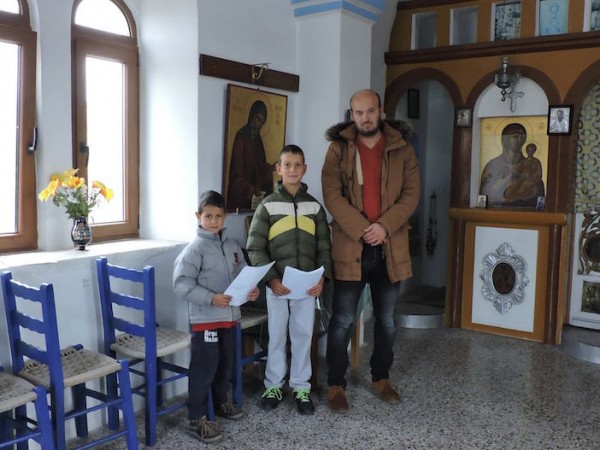 The Three Hierarchs (Basil the Great, Gregory the Theologian and John Chrysostom) were influential bishops who became saints of the Orthodox Church who were instrumental in shaping Christian theology and preserving the Greek language in the spreading of Christianity.

Although each have their own feast day in the Orthodox Church, January 31st has been designated as Three Hierarchs Day and schools and churches throughout the world celebrate the saints, as well as the notion of Paideia, or Greek letters (education).