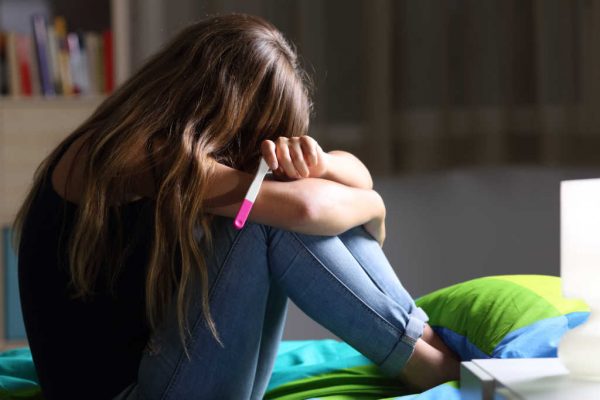 “LoveLine,” the latest project launched by Johnson’s new ministry “ProLove,”builds upon Abby’s relentless work to help women in need of immediate support by offering a “crisis call line for women who are facing unplanned pregnancies who feel they have exhausted resources in their area.”

Johnson has spent years attempting to connect women in crisis with services that aim to offer this support. Now, this vital lifeline will be offered through a centralized ministry, with the aim of meeting the needs of every person who calls in.

“Oftentimes, people in the pro-life movement want to do something concrete to help mothers choose life. I’ve set up registries for moms in true crisis situations who are in immediate need of assistance and followers on my social media pages jump right into action, filling registries in a matter of hours,” Johnson said in a press release issued to Faithwire. “LoveLine will extend opportunities to help moms in this way to others.”

For too long, pregnant women and moms in crisis have had to wait excruciatingly long for government support, putting them at imminent risk. It was a problem that Abby herself knows too well. Indeed, with the help of her dedicated staff, Johnson has spent years working tirelessly to connect the women with local groups in order to attain practical assistance.

While this work was incredibly fruitful, LoveLine aims to iron out the creases and create a more efficient system for women seeking support.

“I am continually amazed at the generosity of perfect strangers who freely give of their time and resources to help someone they don’t know in a crisis situation,” Abby added. “LoveLine is an outlet for this kind of unconditional love that I’ve come to understand on behalf of the women who have been helped. It’s a beautiful thing to be a part of and I’m thrilled to open Loveline to an even greater number of people who want to help others.”

Already, stories of hope have emerged from Abby’s latest project. According to testimony shared with Faithwire, one such woman who engaged with the ministry was “being pressured by her family to abort” but “just needed someone on her side to support her and give her the courage and means to stand up for her child.” These are the stories that Abby and her team live for — another woman supported and another life saved.

Another story, posted under the “Messages of Hope” section of the LoveLine website, reads as follows:

We saw a post on FB of a woman who was distraught because she had hyperemesis gravidarum (HG) – this is a complication of pregnancy that sends many women to the abortion clinic because of the severity of the symptoms.

We reached out to her through messenger and we began communicating and found out she was 20 weeks pregnant and didn’t even have a doctor! She had been to a few, but none of them would treat her HG because they weren’t familiar with it. So, first things first, we needed to get her some health insurance and a doctor.

She didn’t qualify for Medicaid, so we called a health share program called Solidarity Healthshare to find out if they could take her on at this stage of her pregnancy. They said YES! We raised the money to pay her deductible and a donor agreed to pay her premiums through her delivery!

We connected the donor with the client so they could work the details out. We contacted a NaPro doctor in her area and spoke with the billing department to ensure they could take her with Solidarity. The office explained the billing process to me so that we could explain it to her.

She got in! She’s well now – no more symptoms of HG! She has JOY again! AND we held an online baby shower for her and our supporters purchased everything she needed on her list! One of our volunteers received the items, unpacked them and then made sure they were wrapped and delivered to the location for her baby shower.

What an amazing journey we’ve been able to join her on!

“Helping others is always the right answer – whether in their physical, spiritual, or emotional needs,” said Pamela Whitehead, executive director of Prolove Ministries. “Like Abby, I’ve been continually amazed at how quickly our contacts and followers act when presented with a mom in crisis. There is a whole army of love warriors ready and willing to step in to help women and I’m thrilled to be a part of this life-changing ministry.”

Learn more about LoveLine by checking out the website here.