Hierarch of SOC: Albanians Seize our Churches in Order to Build Their Identity

Churches are built to become houses of prayer, not to show off their beauty, said Bishop Teodosije.
Pravmir.com team | 25 May 2021 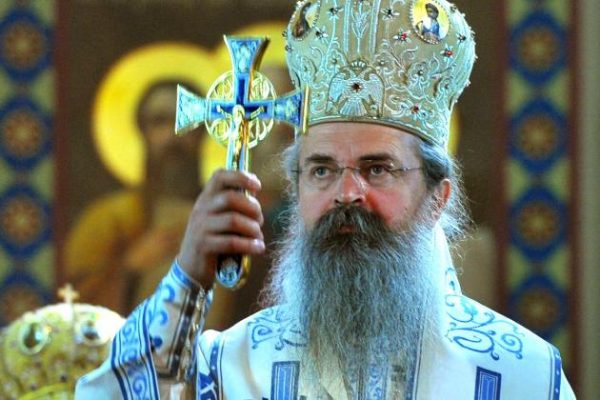 The Albanians’ demand to withdraw the Serbian Orthodox shrines of Kosovo and Metohija from international protection is an attempt to seize them said a hierarch of the Serbian Orthodox Church, His Grace Bishop Teodosije of Raška and Prizren, in his sermon after the Divine Liturgy at St. Nicholas Church in Pristina on May 22, 2021, reports Mitropolija.

“Today we are witnessing something very paradoxical: strangers are taking over our churches. Why are they doing this? Because they do not have their own, and they need to seize what does not belong to them, in order to build their identity in this way, to show that they also have a culture,” said Bishop Teodosije.

As the hierarch noted, it has been generally known for centuries to whom the Orthodox churches in Kosovo and Metohija belong. Meanwhile, no one prevents people from visiting the Orthodox shrines, who are now trying to seize them.

“But churches like this one, in which we are now praying, like the monasteries of Vysokie Decani, the Patriarchate of Pecs, Gracanitsa and Devic, have their own history, and their own identity. It is known who created them and why. Not so that they become simply cultural monuments, for someone to brag about them, their beauty and grandeur, but so that they become a house of prayer,” Bishop Teodosije emphasized.

He recalled that in the Orthodox churches of Kosovo and Metohija prayers are offered for all people, for the whole world and for the entire creation of God. He noted that these churches “belong to us, and will belong to us in the future as well”.

“We are grateful to all of you who came here to testify. And do what our ancestors did for centuries. There is no other way that we can walk directly to the Lord. This is how we will glorify God, and this is how God will preserve and sanctify us in this life,” said Bishop Teodosije.

Recently, Pristina officials have increased pressure on the European organization for the protection of cultural heritage Europa Nostra, which has included the Vysokie Decani monastery in the list of objects threatened with destruction. The Albanian side demands to remove the monastery from the list. The Serbian Orthodox Church asks the OSCE and KFOR to protect Orthodox Christians and their shrines in Kosovo.