Serbians in Kosovo Are Prevented from Celebrating Orthodox Feasts

A Serbian house was stoned, and a deacon's car was damaged.
Pravmir.com team | 05 May 2021 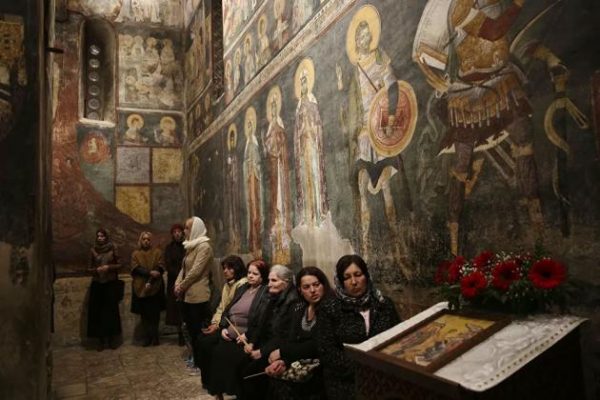 On the second day of Pascha two attacks were carried out in two parishes of Kosovo and Metohija. Albanians attacked the house of Alexander Yachovich in the village of Vitina. During the attack, the owner was not at home, but his wife Dragana was in the yard when stones and curses in Albanian were thrown at her. In Orahovac, on the night of May 3, 2021, a deacon’s car was damaged, the cleric reported the incident to the police.

“It is shameful and unacceptable that Serbians in Kosovo and Metohija are being targeted by extremist Albanians at a time when Orthodox Christians are celebrating the biggest Christian feast day, Pascha,” the Serbian government’s Office for Kosovo and Metohija said in a statement released on May 4.

It is clarified that such attacks are happening for a reason. This is a message for the Serbians who remained in Kosovo and Metohija, so that they would flee the land. Likewise, such incidents are intended to scare those who have already left, but are considering the possibility of their return. And the fact that Serbians in Kosovo are prevented from peacefully celebrating their religious holidays gives this case a special meaning.

“Our graves are being torn apart, churches are desecrated, medical institutions are broken into, extremists are attacking children and entire families. The perpetrators of these attacks have not been identified or prosecuted, which means that the phrases about peaceful coexistence and religious tolerance that we hear from politicians in Pristina and from international representatives are empty words that have nothing to do with real life,” the statement emphasized.

Seven attacks were carried out on Orthodox shrines in Kosovo and Metohija in just two weeks of March. His Holiness Patriarch Porfirije of Serbia urged the faithful to pray for the destroyers and robbers of churches, as well as for those who want to live peacefully in the Kosovo region.