Hierarch of the Czech & Slovak Orthodox Church: Churches are Ready to Meet and Address the Ukrainian Issue Together 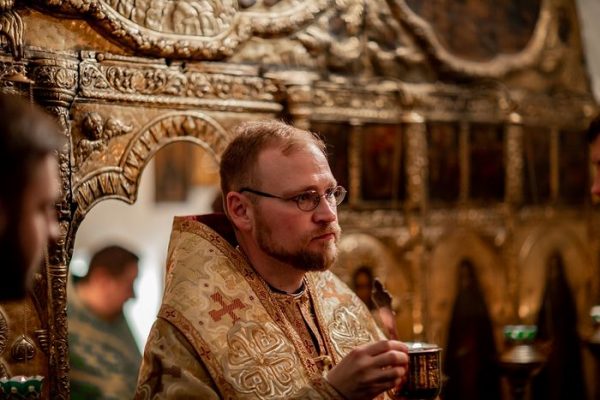 Delegations of most of the Local Orthodox Churches arrived in Moscow for the celebrations marking the 10th anniversary of enthronement of His Holiness Patriarch Kirill of Moscow and All Russia. One of the major topics discussed during the meetings was the situation of the Church in Ukraine. In an interview to RIA Novosti news agency, Archbishop George of Michalovce and Košice, a member of the delegation of the Orthodox Church of the Czech Lands and Slovakia, told about the position of the religious leaders on the matter.

– Vladyka George, can we say at the results of the meetings and talks between heads and representatives of the Local Orthodox Churches that there is a common understanding of what is going on in Ukraine, common assessment of the actions of the Patriarchate of Constantinople?

– I think that there is a common understanding of complexity of the situation. We all are very well aware that a crisis time has come and we have to ponder on the current state of the Orthodox ecclesiology. Yet, each Local Church has its own expectations, its own history… At the same time, there is a desire to meet, to seek together the solution to this issue.

– What are the ways to overcome the crisis in the universal Orthodoxy caused by the Ukrainian issue?

There should be less pathos in our activity; we have to really attend to people, be closer to them.

Problems in the Orthodox world are caused by some thrones’ claims that they stand higher than the others. Yet, we all are bishops of Christ, there is no difference between us. Of course, a Primate has his own ministry, but every Primate is, first and foremost, a bishop, just like any other hierarch.

We should go out into the streets and work with people, let people feel that we are true pastors, not princes. The time has come for it. If we do it, then, I believe, by God’s mercy we will be able to overcome everything.

– How do you assess the recent decisions of the Patriarchate of Constantinople, not only with regard to the Ukrainian “autocephaly,” but, for instance, the decision to allow second marriages for priests?

– I think that such matters cannot be resolved in such a way: here, I have decided, and you all must accept it.

As for a second marriage for priests and some other decisions, they should be condemned by a council of the Orthodox Church, and we must say why they are bad, or, on the contrary, why something is good. Let us take all the decisions in a conciliar manner, taking into consideration all pros and cons, for it complies with the traditions of the Orthodox Church. This is the way we must always act.

– What major problems are facing the Orthodox Church of the Czech Lands and Slovakia today? What are its hopes for the future?

– We are a minority. Most Christians in our region, for example, are the Uniates. We, the Orthodox Church, are the smallest group. Yet, we will not complain. What problems do we have? The same as all over Europe, basically, a large-scale secularization. The youth does not understand us. The mission of the Church is to speak such language that young people may understand. It does not mean secularization. We just need to seek new means of carrying out our mission and be closer to people, while not renouncing, at the same time, our values, the evangelic truths. Today this is the major task for our Local Church.