Source: DECR
Pravmir.com team | 18 September 2018
On 14 September 2018, at its extraordinary session, the Holy Synod adopted a statement concerning the uncanonical invasion of the Patriarchate of Constantinople of the canonical territory of the Russian Orthodox Church. 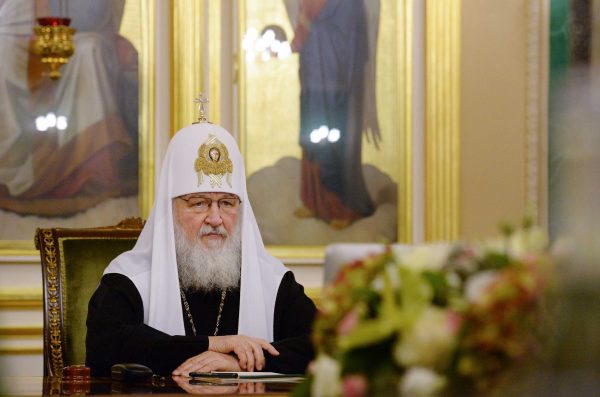 The document notes that “in this critical situation, when Constantinople has practically refused to resolve the matter by means of dialogue,” the Holy Synod of the Russian Orthodox Church decided to suspend the liturgical prayerful commemoration of Patriarch Bartholomew of Constantinople and the con-celebration with hierarchs of the Patriarchate of Constantinople.

Being aware that the current situation puts in jeopardy the whole world Orthodoxy, the members of the Synod asked the Local Autocephalous Churches for support and called upon the Primates of the Churches “to fully realize our shared responsibility for the fate of the world Orthodoxy and initiate a fraternal pan-Orthodox discussion on the church situation in Ukraine.”

On Sunday, September 19, 2021, during his visit to the city, His Holiness Patriarch Kirill of Moscow and…

On September 11-12, the parish of St. Alexander Nevsky Cathedral in Howell, NJ triumphally celebrated the 800th anniversary of…

Most viewed articles
A Noetic Life54
Will Everyone Be Saved?49
We Must Pray for All: The Salvation of the World According to St Silouan29
Metropolitan JOSEPH’S Encyclical for the Year of Youth19
Patriarch Kirill Consecrates Restored St. Alexander Nevsky Cathedral in Volgograd9
“Basic Sight-Singing and Ear Training for Church Singers” Course to Begin October 49
The Birth of Our Most Holy Lady: Reason for Spiritual Joy and Exaltation1
Most popular authors
Archpriest Stephen Freeman53
Jacob Sparks49
Metropolitan Kallistos (Ware)29
Archbishop Joseph of New York and Metropolitan of All North America19
Pravmir.com team18
Archimandrite Ephraim of Vatopedi1
Maria Trushanina1