Natalya Mihailova | 29 June 2017
On 27 June 2017, Bishop Tikhon of Podolsk, administrator of the Diocese of Budapest and Hungary, met with the Prime Minister of Hungary, Mr. Viktor Orbán. The participants in the meeting discussed various issues of cooperation between the government and the diocese in upholding and promoting Christian values in society, as well the organization of the visit of His Holiness Patriarch Kirill of Moscow and All Russia to Hungary. 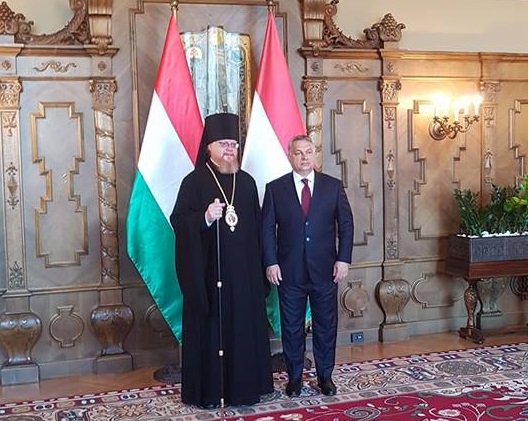 Special attention was given to such issues as restoration of churches in the Diocese of Budapest and Hungary. It is planned to restore the Cathedral of the Holy Dormition in Budapest, the Church of the Holy Trinity in Miskolc, and the Church of St. Nicholas in Tokaj. A new Orthodox church will be built in Hévíz.

The intensive work in this sphere is being carried out thanks to the subsidy granted by the Government of Hungary to the Diocese of Budapest and Hungary of the Russian Orthodox Church. The appropriate agreements were signed this March.