Natalya Mihailova | 06 September 2016
September 6 marks the anniversary of the confessor’s death of Hieromartyr Maksim Gorlitsky (Sandovic), who was tortured to death by Austro-Hungarian soldiers without trial or investigation. The only accusation against Father Maksim was that of his belonging to the Lemko-Rusyn ethnic group and remaining steadfast in confessing the Orthodox faith, to whose revival among the Lemkos father Maksim had dedicated his life. 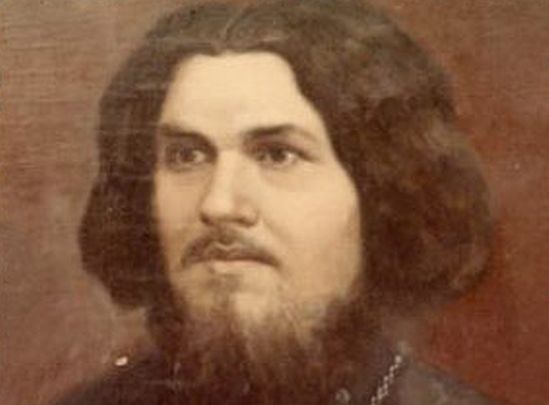 The future saint was born in a Greek Catholic family in Lemkivshchina, not far from today’s border between Poland and Slovakia.

From a very young age Maksim uncovered within himself a talent of faith in God.  He sang in a church choir, spent a lot of time in prayer, fasted rigorously.  It came as no surprise therefore that the young man chose a priestly vocation.  However, his road to it was not easy.

Feeling himself drawn wholeheartedly to the faith of his forefathers, the young man headed towards that bastion of Orthodoxy, the Pochaev Lavra.  He might have made a good monk-ascetic, but the Lord deemed otherwise.  A chance meeting with the future Metropolitan Anthony Khrapovitsky decided Maksim’s destiny.  The young man received a thorough spiritual education with the assistance of Vladyka Anthony. 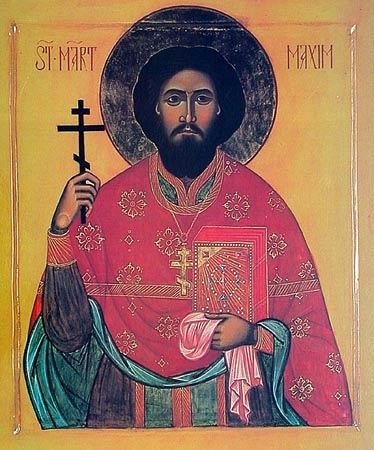 Upon graduating from the seminary of Volyn, which at that time was based in Zhitomir, Maksim got married and in September of 1911 received ordination.  Despite an opportunity to stay and get assigned to a parish there, he then chose to head back to his homeland, to Lemkivshichina, which at that particular time was going through a stage of the revival of its original faith, Orthodoxy.  Thus, father Maksim became a missionary among his own people.

Almost immediately Austro-Hungarian authorities began persecuting and oppressing him in an effort to destroy any mention of Kievan Rus and confession of the Orthodox faith.

In the spring of 1912 father Maksim Sandovic was arrested and put in jail, in a criminals’ cell.  For defending the Rusyns’ right to their own history and to the Orthodox faith he was accused of harbouring political sympathies for the Russian Empire and spying for it.  Yet it was impossible to break the priest’s spirit, for in all circumstances kindness and optimism emanated from him, spreading to all that surrounded him.   All the unfounded accusations father Maksim answered with the words, “My only policy is the Holy Gospel.”

Despite countless false accusations, his two years of imprisonment culminated with being fully cleared of all charges and a release in June of 1914.

Yet, in August of 1914 the First World War broke out.  Austro-Hungary set out on the road of a violent crackdown on the Carpatho-Russians.  Father Maksim was of the first to be arrested.  His father and wife were imprisoned alongside him.

Father Maksim’s wife Pelagia later ended up in Talerhof, one of the world’s first internment camps, built for the Rusyns by the Austro-Hungarians.  There, in subhuman conditions, she gave birth to a son, whom she named Maksim and who afterwards became an Orthodox pastor just like his father.

Based on the information from “Orthodoxy in Ukraine”