His Beatitude Albanian Arch. Anastasios Celebrates 27 Years of His Enthronement 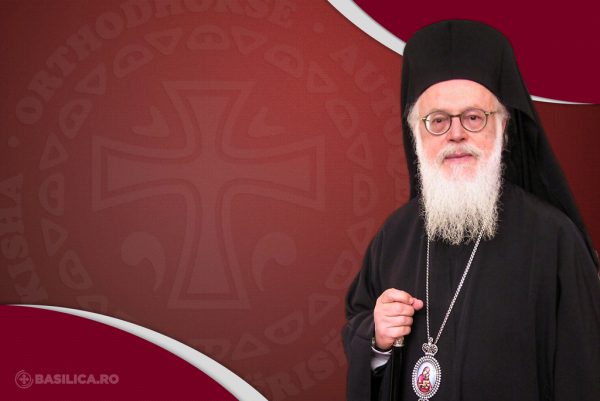 His Beatitude Arch. Anastasios of Tirana, Durres and All Albania, was born on November 4, 1929, in Piraeus, Greece.

Archbishop Anastasios (Yannoulatos) Professor of History of Religions (1972-92) and Dean of the Theological Faculty of the National and Kapodistrian University of Athens (1983-86). B.D. and Th.D. (with highest honors) and today is Professor Emeritus of the same University.

Postgraduate Studies: History of Religions and Ethnology, at Universities of Hamburg and Marburg, Germany (under the “Alexander von Humboldt Stiftung” Scholarship).

Studied also world religions by traveling in countries where they flourish.  Languages: (Besides Modern and Ancient Greek), English, French, German and a working knowledge of Latin, Italian, Spanish, and Albanian.

He played a pioneering role in rekindling the Orthodox interest in foreign mission (from 1958). He was ordained Deacon (1960); Priest-Archimandrite (1964), Bishop of Androussa (1972) for the position of the General Director of the Apostolike Diakonia of the Church of Greece (1972-92); Locum Tenens (Acting Archbishop) of the Holy Metropolis of Irinoupolis in East Africa (1981-1990); Metropolitan of Androussa and Patriarchal Exarch in Albania (1991-1992). Archbishop of Tirana, and All Albania (June, 1992 onward).

He served as General Secretary of the Executive Committee for Foreign Mission of Syndesmos, Pan-Orthodox Youth Organization (1958–1961), Vice President of Syndesmos (1964 – 1977); and as founder and president of the Inter-Orthodox Missionary Center Porefthentes (from 1961).

He was a member of the International Committee for Missionary Studies of the WCC (1963–1969), the Secretary for Missionary Research and Relations with the Orthodox Churches in the WCC (Geneva 1969–1971).

He organized and directed the Center for Missionary Studies at the University of Athens (1971–1974) and the Inter-Orthodox Center of Athens for the Church of Greece (1971–1974).

As General Director of the Apostolike Diakonia, he promoted various theological, educational and publishing programs; particularly, he developed the sector of foreign missions.

In East Africa (Kenya, Uganda, Tanzania) he undertook the organization and development of the Orthodox missions.   He has been recognized as “Great Benefactor of the Patriarchate of Alexandria and All Africa”.

As Archbishop of Albania (1992 to the present), under tremendously difficult circumstances, he has restored and further developed the Orthodox Autocephalous Church of Albania, which had been fully dissolved for 23 years.

Although formal freedom was already restored to the country, the beginning of the 1990s was a dramatic time period for the Community of the Orthodox faithful in Albania.

There was no surviving bishop, and no potential candidate who could be ordained to such a rank; only 15 retired and ailing clergy remained.

There were no churches (they were either destroyed or repurposed as secular buildings) and no financial means to rebuild, due to the profound poverty and because the state would not take any responsibility in supporting religious communities.

In order to observe the situation and the needs of the Church of Albania, the Patriarchate sent to Albania one of the most qualified persons who was well known both throughout the Orthodox world and beyond, Prof. Dr. Anastasios, who was at that time the Metropolitan of Androussa, the Moderator of the Commission on World Mission and Evangelism of the World Council of Churches and the Acting Archbishop of the Archdiocese of Kenya, Uganda and Tanzania.

Upon arriving in the country, the Archbishop encountered the fearful spiritual and material void that formal atheism had left behind, but he was not intimidated. He was committed to changing the situation.

He began with the opening of a seminary for the preparation of young clergy and began restoring the existing Church properties while simultaneously undertaking projects to build new churches.

It was this self-sacrificing work that convinced the Albanian Orthodox Christians to officially ask the Ecumenical Patriarchate to have then Metropolitan Anastasios as their Father and Chief Priest.

Together with the work of revitalizing the Orthodox Church, innovative programs were also developed in the areas of health, social welfare, education, agricultural developments, culture and ecology. At the same time, he struggled to assist in relieving the many tensions in the Balkans.

Author of 24 books (researches in African religions, essays in Theology and History of Missions, sermons etc) including Islam, a general survey (16 editions), History of Living Religions, significant chapters, Facing the World, Mission In Christ’s way, To the End of the Earth, Coexistence, In Albania Cross and Resurrection.

Published more than 200 essays and articles of Theological and pastoral themes. His studies and articles have been translated into 17 foreign languages.

He has been honored with 27 medals and awards of many Orthodox Churches and various countries. His significant contribution to Christian Mission, Theology, and the peaceful coexistence of people and religious communities has been internationally recognized.

Archbishop Anastasios attended the Holy and Great Council of the Orthodox Church in Crete,16-26 June 2016.