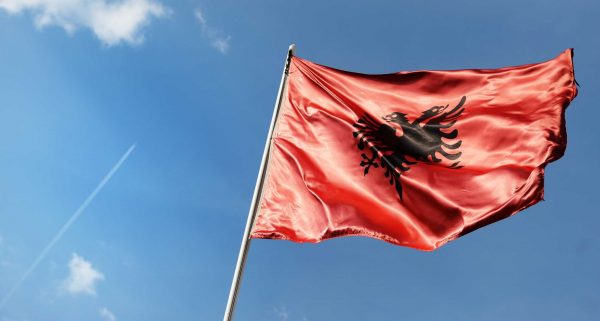 April 29, 2019 – A reception was given by the Albanian Orthodox Church in Tirana, Albania, in honour of His Holiness Patriarch Kirill of Moscow and All Russia.

Patriarch Kirill was greeted by Archbishop Anastasios of Tirana and All Albania, who said in particular, ‘Your visit of peace to Albania is a joyful Paschal gift. Welcome to our country, which in the second part of the 20th century – the period of mad anti-religious persecution, experienced the darkest times, but by God’s mercy it has begun developing since 1991 and now flourishes in the situation of full religious freedom. And all the religious communities participate in this development. All these years we have sought to cultivate mutual respect, solidarity and sincere harmonious co-existence’.

His Beatitude stated that the peaceful co-existence of people who belong to different religious communities could generally have two opposite starting points: it is achieved through either indifference to religious experience or personal conscious experience of the profound essence of religion. And quite the contrary, religious intolerance and strife between religious communities living together can either develop from a seed of religious type, such as radical fanaticism, or stem from non-religious factors, political, nationalistic, psychological, when religion is used for achieving other goals. ‘These roots used to be very strong in the past, though today they continue preserving their vital capacity in all countries; whereas we seek to draw saps from the healthy roots of religious experience in order to promote Albania’s social development and progress and help her reconcile and co-exist in peace especially with her neighbours and all other peoples’, he said.

Patriarch Kirill, on his part, said,

‘Your Beatitude, Archbishop Anastasios of Tirana and All Albania, Your Eminences and Graces, Your Excellences, distinguished assembly:

I would like to express my heartfelt gratitude to Your Beatitude for your kind invitation for me to visit Albania and for Abraham’s hospitality you have accorded my fellow travelers and me. Surrounded by your love, we feel exceptional joy, continuing to celebrate the Pascha of Christ and enjoying fellowship with our Albanian brothers.

Persecuted were also Muslims with Bektashis, Catholics and Protestants – all who believe in God. Every expression of religious feelings, every use of religious symbols was under strict ban. Thanks God, now all this is over, and freedom of faith has been restored in today’s Albania, and people of different religious communities can now live in peace with one another in this multi-confessional country.

I see today’s common service in the newly built Cathedral of the Resurrection of Christ a sign of God’s mercy manifested in the revival of the Albanian Church and in her recovered opportunity for developing church life in her country and strengthening fraternal relations with Local Orthodox Churches.

From my heart I wish that the Lord Pantocrator may always bless your and your helpers’ work, give you more strength and grant peace and prosperity to the Albanian Orthodox Church.