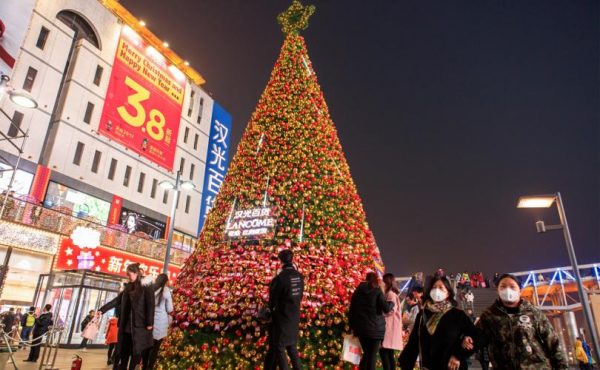 A Christian himself, den Hartog says it was “hurtful and heartbreaking” to receive videos circulated on WeChat “depicting schoolchildren in China denouncing the celebration of Christmas, claiming it was a ‘Westerners’ festival’ and that it was ‘a shame’ for Chinese to celebrate the holiday.”

The “anti-Christmas campaign” waged by China’s communist party spreads hatred, threatens religious freedom, and indoctrinates children to “feud against other cultures in the name of nationalism, which can result in catastrophic consequences,” he writes.

“Christmas is more than parties and festive dinners. It reminds us of sympathy and thanksgiving. We should care for the needy and remain grateful for the things we have. There are people across the world who cannot share the joy of Christmas and doubtlessly they are worthy of our attention,” he writes.

This Christmas has been “extraordinary” for Hong Kong, den Hartog writes, “which is in the midst of a political storm.” The new year will be a time for reconciliation between the government and the protesters for a new start, he says, and “brighter days still lie ahead.”