Source: No Other Foundation
Archpriest Lawrence Farley | 07 May 2021 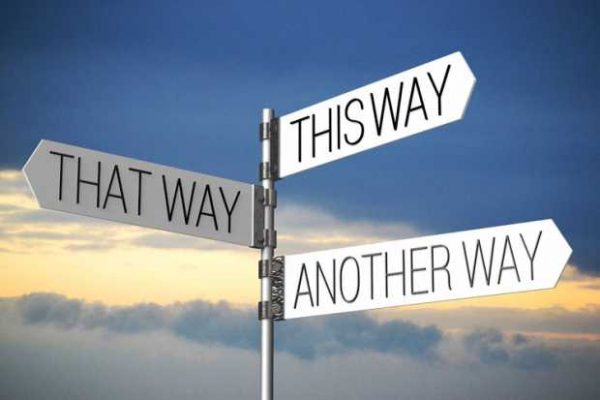 Anyone who believes Christ’s word that the gates of hell will never prevail against His Church and that the Spirit will guide the Church into all truth (Matthew 16:18, John 16:13) must also believe that God watches over His Church to guide it throughout the centuries. This guidance does not mean that no one in authority will ever make a mistake or that everything the Church ever does will be uniformly wonderful. But it does mean that when it finally makes up its mind, the Church cannot teach error or fall into heresy regarding the message of salvation. In this (limited) sense, the Church is infallible, in that it can be relied upon by its children to teach the true Faith. But granted that God guides His Church, how does He do this?

I suggest that two answers may be dismissed right away as incompatible with the approach of the early Church:  that of Roman Catholicism and of Evangelical Protestantism.

Roman Catholicism teaches that ultimately God guides His Church through the papacy, in that the Pope is the final arbiter and guarantor of true doctrine. Catholicism does not assert that everything the Pope says is infallible. But it does teach that whenever the Pope speaks ex cathedra (i.e. from his papal chair) with the intention of defining faith or morals, he is infallibly guided by the Holy Spirit as the successor of St. Peter so that his teaching will be preserved from error. Of course he works with the rest of the episcopate as the head of the Magisterium in all this, but the promise of final infallibility has been given to him alone.

It is sufficient to note that this was not the view or approach of the early church. If it was, there would have been no need to call any of the ecumenical councils (such as the Council of Nicea)—for why call hundreds of bishops to assemble, debate, and decide when all that was required was the single opinion of the Pope? We note too that the early church never viewed the bishop of Rome as infallible or incapable of error in his pronouncements. In fact Pope Honorius (d. 638) fell into the heresy of monotheletism (which asserted that Christ had only a single will) and he was posthumously condemned and anathematized by name by the third ecumenical council—a council which Rome accepts as ecumenical. A heretical Pope was not considered as an oxymoron or as ecclesiastically traumatic, for no one thought the Pope had access to that kind of infallibility. They knew that no one bats a thousand while speaking ex cathedra, not even the Bishop of Rome.

Evangelical Protestantism teaches that the Bible alone is a sufficient guide to the Church in matters of doctrine and practice, since its teaching is clear enough to be understood by any Christian guided by the Holy Spirit. In the words of the late J. I. Packer (in his “Fundamentalism” and the Word of God), the Bible “contains the principles for its own interpretation with itself. Furthermore, the Holy Spirit…has been given to the Church…to enable them to interpret it rightly and understand its meaning”.

In practice this means that individual believers are able to interpret the Bible rightly on their own, for “the Bible does not need to be supplemented and interpreted by tradition” (pp. 47, 48).

The varied history of Protestantism provides its own refutation of this claim, for pious men of intelligence within Protestantism have produced wildly varied interpretations of the Bible, resulting in the existence of thousands of different Protestant denominations. This reveals that the Bible does not “contain the principles for its own interpretation”, but that something exterior to it is required as the interpretive key to its meaning.

The Orthodox answer to the question of how God guides the Church is quite different. It takes a corporate approach to divine guidance, rather than the individualistic approaches of Catholicism and Protestantism, focusing upon the Church as a whole as the locus of divine guidance. God has not promised His guidance to any single individual—neither to individual believers nor to the Pope—but to the Church as a whole. After debate, argument, and discernment, the Church believes that the final conclusions reached by the majority will be reliable and true. This final result of course takes time and the path to consensus is usually messy. But when the Church finally makes up its mind, Orthodoxy believes that its conclusions will be sound and not subject to revision.

Part of the process of reaching an international consensus about matters of the faith involves the work of the Church’s pastors—i.e. their bishops. This has been the Church’s practice since the days of the apostles. When the Church was torn by its first real controversy (about whether or not to receive uncircumcised Gentiles into the Church as full members), it met in council in Jerusalem to debate the matter and reach a consensus (Acts 15). This consensus of the apostles and pastors of the mother church (presided over by James, the bishop of Jerusalem) was considered authoritative, reliable, and divinely guided, and so their decision was hailed as the work of the Holy Spirit as well as the work of the assembled leaders (Acts 15:28).

This first council in Jerusalem in about 49 A.D. set the pattern for the rest of the Church’s earthly sojourn. From that day on, whenever a controversy arose that required resolution, the Church’s leaders (the bishops) gathered together in council to debate and decide. The consensus they reached was regarded as a sign of the work of the Holy Spirit. This consensus was then offered to the churches represented by the bishops and to the wider church for their consideration. The agreement of the wider church (sometimes called their “reception” of the consensus) was regarded as decisive and authoritative.

Sometimes the reception of the work of the episcopal councils took time: the work of Nicea took a good generation before the Church at large regarded it as authoritative, and during this time other councils were held which produced differing conclusions. These latter conclusions were finally rejected by the Church in favour of Nicea. By then, everyone understood that God had guided the Church through the work of the Nicene Fathers.

This model of bishops meeting in council to reach a consensus on controversial matters (usually relating to Christology) and the subsequent reception of their work by the wider Church provided a model for the Church in its decision-making ever after. This was how Christ guided His people: through the conciliar work of the church’s pastors and the reception of their work by their flocks in the coming generations. This model took time to produce results and was very untidy. But it had this advantage: the results did not rely upon the wisdom of individuals present at the councils, but upon the collective wisdom of the Church throughout the world, and so the results were the more assured.

Hammering out all the details about Christ’s nature and that of the Holy Spirit was the work of centuries. Councils were held at Nicea (325), Constantinople (381), Ephesus (431), Chalcedon (451), Constantinople (553 and 680), and again at Nicea (787). These councils defined the nature of Christ and the Holy Spirit in a definitive way, and came to be regarded as ecumenical—i.e. as containing truth which was accepted throughout the whole Roman world (or the whole ecumene). They are therefore sometimes referred to as “the seven ecumenical councils”.

That is how God guides His Church—not just by the decisions of the ecumenical councils (as if they were institutions set over the Church as superior authorities), but through the acceptance by the faithful throughout the world of such councils and of the consensus of the Fathers. That is, God guides His Church through the universal embrace of the laity. The bishops may define the Faith, but it is up to the laity as a whole to accept and guard it. The laity should not be discounted or minimized, as if they were the great unwashed possessing no role but that of passive listening. They are not the great unwashed, but the Great Washed, the baptized plebs sancta Dei—the holy common people of God—and ultimately God guides His Church through them.

Most viewed articles
First Church in the Antiochian Archdiocese Named for St. Xenia of St. Petersburg Prepares for Feast Day284
Patriarch Kirill: Not Only People, But Churches Too, Can Depart from God161
My World’s Different104
Patriarch Porfirije of the Serbia: Our Position on the Church Issue in Ukraine Has Not Changed89
Brooklyn Street Co-Named for Antiochian Pastor Who Served a Half Century There87
Thoughts on Theophany and Revelation76
Metropolitan Hilarion: the Church and traditional confessions have done everything possible to improve the situation in Kazakhstan73
A Christianity of the Catacombs65
Archbishop Makarios of Australia: ” the Great privilege of the Orthodox Church is that we live in communion”20
4-400×6001
Most popular authors
Pravmir.com team627
Protopresbyter Themistoklis Mourtzanos104
Peter Samore87
Elissa Bjeletich76
Archpriest Lawrence Farley65