Hungary allotted about €134,000 for restoring three Russian churches and building a new one

Source: Interfax-religion
Natalya Mihailova | 11 March 2017
Moscow, March 10, Interfax - The Hungarian state sponsors restoration of three Russian Orthodox churches and building a new one on its territory, about €134,000 was allotted for it. 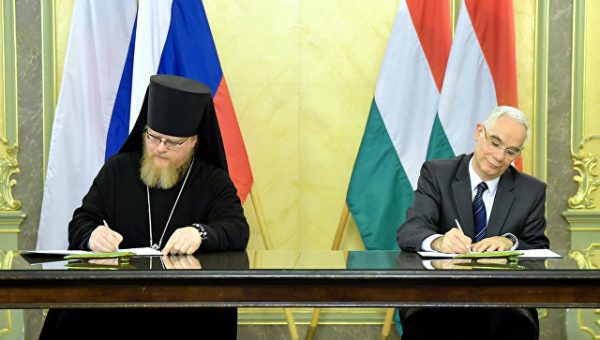 A correspondent agreement on providing such subsidies to the Hungarian Diocese of the Russian Orthodox Church was signed on the eve in Budapest, a diocese official told Interfax-Religion on Friday.

The agreement was signed by administrator of the Hungarian Diocese Bishop Tikhon of Podolsk and minister of the Human Resources Zoltan Balog.

The subsidy was given to restore the Assumption Cathedral in Budapest, the Holy Trinity Church in Miskolc and St. Nicolas Church in Tokaji. Besides, a new Orthodox church will be built in Hungarian city Heviz.

According to Bishop Tikhon, quoted by the diocese, allotting the significant sum of money is a contribution of Hungarian people not only to restoring historical churches of Hungary, but also to preserving Christian, traditional values of Europe.