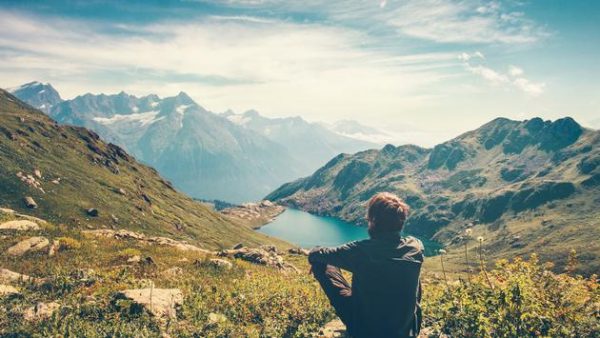 One of the most famous engineers was Archimedes who designed and constructed astonishing projects in the ancient world. Archimedes is known to have said, “Give me a place to stand, and I can move the earth.” He was talking about the power of leverage used by engineers everywhere. Athletes, too, like wrestlers and jumpers, and many others, know that good leverage is crucial to success in athletic contests.

Today’s Gospel reading (Mat. 17:14-23) tells us about another kind of leverage, the leverage of faith.

A father brought to Jesus an epileptic boy who suffered seizures and risked serious injury by falling into fire or water. Christ healed the boy. The disciples had tried but were unable to heal him. Why not? Jesus said “Because of your little faith (oligopistia). For truly, I say to you, if you have faith as a grain of mustard seed, you will say to this mountain, ‘Move on from here to there,’ and it will move; and nothing will be impossible to you.”

In speaking of mountain-moving faith Christ did not mean a faith that moved physical mountains. He meant a faith that was able to perform healings and do extraordinary things in people’s lives. Jesus performed many healings. The early Christians by their faith in Christ and the grace of the Holy Spirit performed “gifts of healing” and “the working of miracles” (1 Cor. 12:9-10) as St. Paul states. The life of the Church throughout the ages has been blessed by many miracles of saints and ordinary believers.

I believe in miracles. I can count at least five or six in my own life. Twice as a child I almost drowned. As an adult there have been times of great danger, including a serious heart attack, when I was saved by God’s grace. It is my conviction that all of us in the Church would be blessed with more miracles if our lives were empowered by strong faith, lots of heartfelt prayer, and sincere Christian living. Miracles occur where there is active faith, fervent prayer, asking for miracles, and humble awareness of God’s presence and grace.

When Jesus preached the good news of salvation, He removed mountains for the good of the lives of people. Mountains of pride and selfishness, mountains of prejudice and hatred, mountains of sin and evil. Zacchaeus and Matthew were public outcasts as tax-collectors and sinners before they met Jesus and converted to His message. The sinful woman who washed Christ’s feet with water and her tears, and to whom much was forgiven because she loved much, was a harlot. St. Paul was a fanatic, a violent persecutor of the early Christians, before he met Christ on the Damascus road to become the most successful apostle and missionary in the early Church.

The disciples of Christ too proved to be lions of faith and courage after the resurrection of Christ and the gift of the Spirit. They took on their mission with mountain-moving faith. St. Peter became the leader of the early Church. He preached the gospel as far as Rome where he died a martyr. The other apostles established churches in Palestine, Asia Minor, Greece, Italy, Egypt and many other places. They suffered hardships and persecution, being “spectacles” and “fools for Christ” in the words of St. Paul according to today’s Epistle reading. But by their strong faith they moved mountains of disbelief, paganism, idolatry and immorality in cities and towns where they planted churches.

Our local parishes have been built on the foundation of mountain-moving faith. Most of our parishes were established by struggling immigrants. Their deepest strength was a triumphant faith which proved stronger than adversities, prejudices, lack of priests and occasionally internal disputes. We need their strength and example of faith today. Our times require active and powerful faith to rejuvenate our Church as a whole and have all our parishes flourish for our children and grandchildren.

What is faith? Where does the power of faith come from? Faith is trust, assurance, confidence and loyalty to something or someone worthy of our trust. The uniqueness of Christian faith comes from its Christological orientation. Christological means the quality of faith being directed to Christ, His person and His saving work. Christian faith is trust and faithfulness to everything that Christ represents as Lord and Son of God, living sincerely by His example and teachings.

The power of faith is divine, not human. It does not derive from us, from our own subjective feelings, as if intense emotions could generate the power of salvation. Such an approach would mean that human beings can save themselves and have no need of a Savior. Christian faith is not “faith in faith” as an abstract ideal or human emotion. Rather the power of faith comes to us from the risen Christ, as we are united with Him by the grace of the Holy Spirit, when we live in closeness to Christ, when we abide in Him through fervent prayer and love for Him.

Human faith is different. It is trust and confidence in self, the modern idol, and has its own dynamics, achievements, conflicts. Human faith as self-confidence is inclined to control and dominate others, generating all sorts of frustrations and quarrels. Human faith looks to things such as status, money and possessions, it is a materialistic faith. Human faith is faith in self, a faith of claims and strife over rights, a propensity to self-assertion, pride and human prowess. The way of human faith often results in conflicts and all the misery of humanity on display on the news each evening.

Christian faith relies on God as we know Him in Christ. It relies on self only as created in the image and likeness of God. It is a faith that looks to the humility and beauty of Christ, to His self-sacrifice and willingness to be the servant of all. It is faith that sets the virtues of the Beatitudes, humility, meekness, mercy, purity of heart, hunger for God’s justice, and peacemaking, as the basic principles of conduct for authentic human life. It is a faith that rejoices in Christ, in the beauty and love of Christ, and that celebrates in community all of God’s blessings and commandments for humanity. It is faith as a gift of grace, a godly and saving faith.

Christians have problems and squabbles too. We are not faultless and perfect. A couple faces marital difficulties. They dig a little deeper into their Christian faith, they acknowledge their mutual shortcomings, they affirm the sacramentality of their marriage, they forgive one another and come to a renewal of their marriage.

Some parents are raising difficult children who require extra time, extra care and love, extra patience over many years, but through their Christian faith and loving care, the parental bond with the children, while tested, grows stronger and the children mature and find their way.

A worker is hurt by the behavior of co-workers or the supervisor at the office or the shop. But with Christian mindfulness and prayer, and inspired by an inner peace that comes from Christ, the worker finds her or his balance even if things do not improve at work.

We have inherited a precious deposit of faith from our parents and grandparents, many of them immigrants. They built communities despite adversities, prejudices, lack of high education, scarcity of priests, and occasional internal disputes. We need to make their heritage of faith our own personal faith, an active and transformational faith. Today, more than ever, we need examples, we need miracles. While some parishes are thriving, which is a cause for gratitude and gladness, other parishes are weak and declining partly as an issue of demographics. In other cases, it is a matter of indifference and distractions as people concentrate on their occupations and secular pursuits.

That’s why we need miracles and renewal of Christian living. We need to transform church membership into true Christian discipleship. We need a fresh vision of spiritual power which comes from Christ and the grace of the Holy Spirit. We need mountain-moving faith. Amen.