I was bitten by a tick. What do I do?

Source: Pravmir (Russian)
And why is it dangerous?
Irina Sycheva | 04 April 2021

The first tick bite in 2021 was recorded in the Sverdlovsk region on March 29. The injured woman assures that she did not leave Yekaterinburg. The Russian Federal Service for Surveillance on Consumer Rights Protection and Human Wellbeing (Rospotrebnadzor) said that there is about six months of tick activity ahead, so people should be careful. Daria Panieva, infectious disease doctor, author of the medical blog Infodoc said what people should do if they get bitten by a tick. 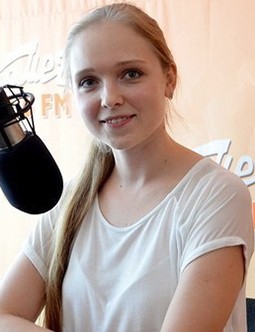 “What is tick-borne encephalitis? What are the symptoms and how dangerous is it?”

“Tick-borne encephalitis (TBE) is a viral infection in which the central nervous system is mainly affected. The vast majority of cases of infection are associated with the bite of infected ixodid ticks, but the infection can also develop due to the consumption of raw goat milk or dairy products, and can also be transmitted transplacentally from a mother to child.

The disease is often asymptomatic. Only one third of those infected with the TBE virus develop symptoms within 28 days of exposure. At the beginning of the disease, the manifestations are usually nonspecific: weakness, fever, headache, and muscle pain. After a while, symptoms of damage to the nervous system join, such as vomiting, paresis, paralysis, impaired sensitivity, oculomotor disorders, and cognitive dysfunctions.

Depending on the subtype of the virus, the lethality of the infection can range from 0.5% to 35%. The most dangerous is the Far Eastern subtype. Approximately 10% of those who have suffered from the TBE with damage to the nervous system, some symptoms can persist for a long time and even for the entire life.”

“What should you do if you get bitten by a tick?”

“The longer the tick is in the skin, the higher the risk of transmission of infectious diseases, therefore, it must be removed as quickly as possible. You can do this yourself using tweezers or special tools that can be purchased at the pharmacy. It is important to grab the tick as close to the skin as possible and pull it towards you with a gentle, unsharp movement (you can twist it a little).

After the tick is removed, the bite site should be washed with soap and water or treated with an antiseptic. Manipulation should be carried out with gloves. Do not flood the tick with oil or other liquids, as this provokes the release of saliva into the wound, potentially containing infectious agents.

After the extraction of the tick, or if you were unable to remove the tick on your own, you should consult a doctor to decide on the need and scope of preventive measures. This will depend on the endemicity of the region, vaccination history, age and duration of tick suction.

According to domestic recommendations, the extracted tick must be delivered to the laboratory for testing for infection with various pathogens. However, the international medical community considers this procedure inappropriate, since the result of the analysis does not in any way affect the further tactics of observation and prevention.”

“What other diseases can you get from tick bites, besides encephalitis?”

“Along with tick-borne encephalitis, a common disease associated with tick bites is ixodic tick-borne borreliosis (Lyme disease). Unfortunately, there is currently no vaccination against this infection, but according to indications, antibiotic prophylaxis can be carried out after a bite.

Ticks can also carry tularemia. Vaccination against this disease is provided for at-risk groups living or working in regions with a high incidence. For other infections, such as anaplasmosis, ehrlichiosis, babesiosis, tick-borne rickettsioses, some hemorrhagic fevers, which are also transmitted through tick bites, specific prophylaxis has not been developed.”

“If an unvaccinated person is bitten by an infected tick, what is the probability of getting sick?”

“The likelihood of contracting tick-borne encephalitis after a tick bite depends on many factors. First of all, on how widespread the disease is in a given region, that is, how often infected ticks are found. It is also likely that the duration of suction, the type of tick and the virus itself affects the risk of infection. According to some reports, in areas with high incidence, about 1 in 150 tick bites ends with the development of the disease.”