If problems on way to Pan-Orthodox Council are not resolved, it is better postponed – Metropolitan Hilarion

Source: Interfax-religion
Natalya Mihailova | 08 June 2016
Moscow, June 7, Interfax - There is no sense in holding the Pan-Orthodox Council without taking into account the opinions of all of the local churches, the Moscow Patriarchate believes. 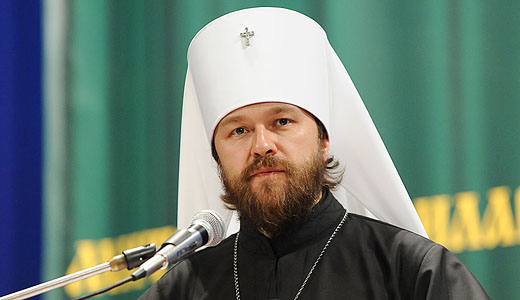 “We proposed that the Patriarch of Constantinople hold a conference before the Council to tackle all the issues due to which Churches are now refusing to participate one after another. If these issues are resolved, then the Council will take place. If they are not, then it’s probably best to postpone it,” head of the Synodal Department for External Church Relations Metropolitan Hilarion said in an interview with Russia-24 channel.

He said it is important for the Russian Church that the Council that is due to be held on Crete, in the middle of June, “would become a factor of unity and like-mindedness, so that there would be no unpleasant surprises for the Orthodox Christian Churches at the Council.”

“Decisions at the Council should be made by a consensus that is unanimous. What does that mean for us? It means not simply the agreement of everyone present in the hall to some one statement or another, some one document or another. For us it means that all Churches should express agreement with it,” the hierarch said.

A few days ago the Holy Synod of the Moscow Patriarchate suggested holding an emergency Pan-Orthodox conference before the Council on June 10 at the latest. It pointed out that the non-participation of at least one local Church in it makes the Council impossible. It also said that several Churches and monasteries of Athos proposed amendments to the draft documents of the Council that are in tone with the proposals of the Russian Church, and “require fundamental consideration with the purpose of finding Pan-Orthodox consensus.”

Meanwhile, the Patriarchate of Constantinople that is responsible for coordinating preparations for the Council on Monday declined the proposal on the discussion of problems obstructing the convocation of the Council.

The Pan-Orthodox Council has not been convened for over one thousand years and has been prepared for over half a century. According to approved regulations, all decisions at it should be adopted by consensus. Uncoordinated issues will not be included in the agenda and all draft documents that the forum is expected to adopt were published at the initiative of the Russian Church for advance examination.

Council participants are supposed to discuss such issues as the relations of the Orthodox Church with the rest of the Christian world, fasting, marriage, church missions in the world today, and the guidance of Orthodox Christians in the diaspora.

The future Council is not Ecumenical by its status. Unlike ancient Ecumenical Councils it is not meant to tackle issues of dogmatic nature or make any innovations in canonical arrangements or liturgical life. 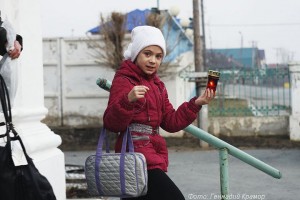 All our external ritual actions, using various objects (lamps, vestments, etc.) are meaningless unless we penetrate… 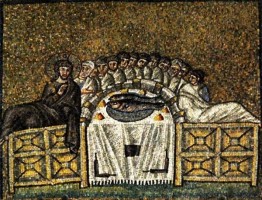 Our bishops and clergy of every rank might find it salutary to ask themselves, ‘Whose feet… 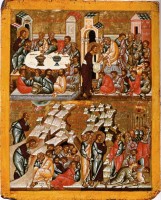 On the Thursday before Easter, called Holy or Maundy Thursday, four events are remembered: the Last…