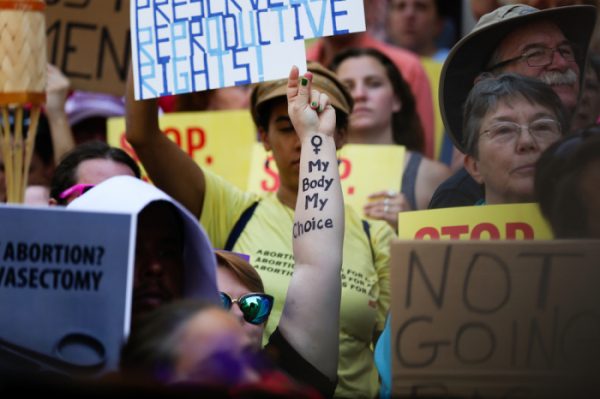 Melissa Simpson snaps her fingers in support of a speaker during a protest against recently passed abortion ban bills at the Georgia State Capitol building, on May 21, 2019 in Atlanta, Georgia. | Getty Images/Elijah Nouvelage

Illinois Gov. JB Pritzker signed into law on Wednesday a bill that pro-lifers are calling the most “extreme” late-term abortion measure in the country.

“The governor and the Democratic supermajorities who fast-tracked this legislation have created a new ‘death penalty’ in Illinois, with no possibility of appeal, for viable unborn preemies,” said Peter Breen, former Illinois representative and vice president of Thomas More Society, in a statement.

The Reproductive Health Act, or SB 25, establishes a fundamental right to have an abortion while removing all rights from the unborn.

It repeals the Partial-Birth Abortion Ban Act, legalizing late-term abortion, even when there is fetal viability, “to protect the life or health of the patient.” The bill broadens the definition of “health of the patient” to include (but not limited to) physical, emotional, psychological and familial health and age.

“This bill is a horrible contradiction of fundamental scientific truths and the work that I do every single day,” said Emily Kelly, a neonatal ICU nurse at a major Chicago hospital, according to Illinois Right to Life. “Under this law, every single one of my patients could be legally killed in utero in our state.”