Greek Archdiocese of Australia Comes out Against Extreme Abortion Bill 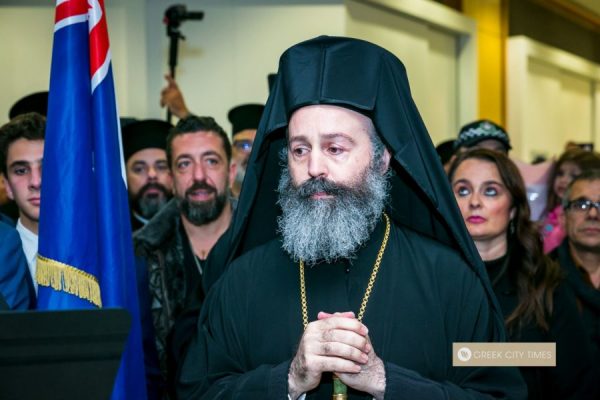 The new Archbishop of the Greek Orthodox Archdiocese of Australia issued a statement last week condemning a new bill that is currently being discussed in the New South Wales Parliament.

Just a month into his ministry as the head of the Greek Church in Australia, Archbishop Makarios, enthroned on June 29, is raising his voice against the great evil of abortion.

In the statement, published on the Archdiocesan website on August 1, Abp. Makarios explains that the proposed bill would allow abortions for any reason up to 5 1/2 months, and up until birth “with the agreement of two doctors.” Doctors who morally object to abortion will also be legally bound to refer a woman seeking an abortion to another doctor, the Greek hierarch writes.

According to New South Wales Health Minister Brad Hazzard, all other states in Australia have reformed their abortion laws over the past 20 years, as the “procedure” is largely regulated by the states and territories rather than the federal government in Australia. In New South Wales, a law criminalizing abortion has been officially on the books since 1900, though its interpretation through the lens of a 1971 and a 1995 decision make it, in fact, nearly impossible to successfully prosecute for an abortion.

Nevertheless, lawmakers in New South Wales are now seeking to officially decriminalize the act of murdering a child in the womb.

As Abp. Makarios writes, “The Orthodox Christian Faith and Tradition unequivocally teach that life begins from the first time of conception, that the life of the unborn is sacred and infinitely valued by God, and therefore must be considered with the same dignity and worth we enjoy ourselves.”

“Tragically, the right to life of the indefensible unborn child is increasingly violated,” he continues.

The Archbishop informs that he has already contacted the New South Wales Premier, “urgently requesting” that there be time for public consultation before the bill is presented for debate. He also appeals to members of Parliament to oppose the bill and to all members of the Church to ask their local representative to oppose “this draconian Bill,” for “It I their sacred duty.”

Read the full statement below: