Source: Interfax-religion
Natalya Mihailova | 13 March 2017
Moscow, March 13, Interfax - The Russian Orthodox Church hopes that its official commemoration of the western saints, who were glorified before the division of the Church, will remind Orthodox Christians of the unity of the Christian tradition during the first millennium. 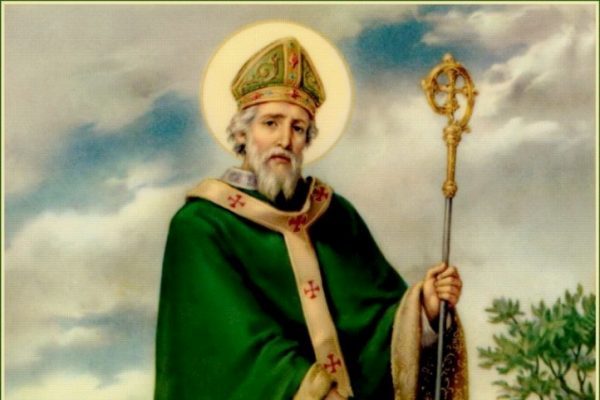 On Thursday the Synod in Moscow resolved to include in its calendar the names of the ancient saints who lived in Central and Western Europe before the Schism of 1054 which saw the Christian Church split into the Catholic and Eastern Orthodox.

“The inclusion on the Russian Orthodox Church calendar of the names of a number of saints of the first millennium of the Christian era, who lived in western Europe, reminds us that during the period of the undivided Church, the ecclesiastical life in the two parts of the Christian world was proceeding in the vein of the common spiritual practice which bred many God-pleasers,” Hieromonk Stefan (Igumnov), who is in charge of inter-Christian relations at the Synodal Department for External Church Relations, told Interfax-Religion.

For centuries Churches in the West were very firm in professing the Orthodox faith, the priest said. For example, the British Isles were considered the true “Northern Thebaid,” given the number of monasteries and monks there.

“No wonder they were called the islands of the saints. And those were the saints of precisely the Orthodox tradition,” the hieromonk said, adding that to this day their names are preserved in dozens of location names across Great Britain.

Some of these saints were revered not only in the West but also among Orthodox Christians even before their inclusion in the Russian Church’s calendar, the priest said.

“If we pay attention to the Holy Synod decision proper, we will see that the ground for inclusion of the names of these saints in our calendar was the information about them being revered in the western European dioceses of the Russian Orthodox Church and in a number of other local Orthodox Churches,” he said.

The names were selected under the following criteria: the absolute profession of the Orthodox faith; the circumstances in which the saint’s glorification took place; and the absence of any mention of the saint in the polemic works aimed against the Eastern Church and eastern rites, the priest said.

“In this sense, the current decision of the Holy Synod is in keeping with the tradition whereby eastern Churches included in their calendars the names of the saints such as Ambrose of Milan, Irenaeus of Lyons, Gregory Dialogus, Clement of Rome, John Cassian, and many, many others – the true pillars of the Orthodox faith,” Hieromonk Stefan said.

As for St. Patrick, the tradition of revering him has been fairly widespread in Russia for a long time now, the priest said. His life, feats and significance for the assertion of the Orthodox faith in Ireland have all made his name well-known far beyond it, the Russian priest said, also noting the existing veneration of the life and feats of Saint Alban of Britain.

“The compilation of the aforesaid list puts in order the practice of revering these saints in the Russian Orthodox Church,” the priest said.

Most viewed articles
Strong Orthodox Presence at the 2022 March for Life158
As the End Draws Near – Silence122
Patriarch Porfirije Thanks the Russian Church for Participation in Restoring Serbian Churches116
Do We Act Differently Than Others?108
March for Life participants optimistic for a post-Roe America: ‘This is just the beginning’66
Metropolitan Onuphry: “The Key to the Doors of Paradise is Repentance”57
A Stone Thrown at God and Your Neighbor29
Sunday of the Samaritan Woman2
The Apostles’ Fast and Theology1
How We Worship: the Struggle of the American Experience1
Most popular authors
Pravmir.com team320
Archpriest Stephen Freeman122
Priest Luke A. Veronis107
Ryan Foley66
Protopresbyter Themistoklis Mourtzanos29
Maria Trushanina1