Independence Day and Rebellion, Some Thoughts 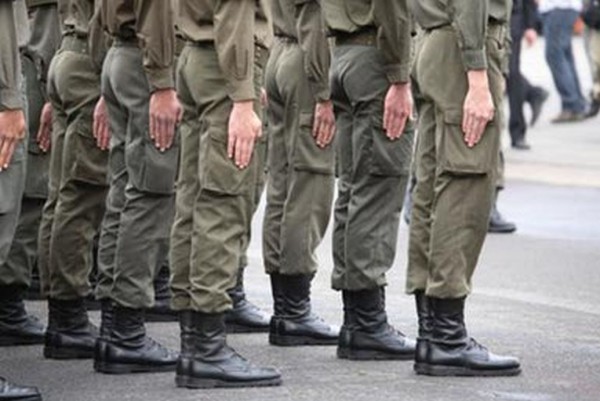 “Please him whom you serve as soldiers, from whom you receive your wages. Let none of you be found a deserter.” – Saint Ignatius of Antioch, Letter to Saint Polycarp, circa 108.

St. Ignatius wrote the phrase above as he was being taken by soldier to be martyred in Rome. He expected to be thrown to the beasts and to have his bones ground by their jaws into a powder so that he might become an acceptable bread to the Lord. Some of the metaphors that he uses can be quite gruesome, I must admit. Yet, as he writes to the Churches that he encounters in his travels to his death, he unexpectedly speaks to soldiers. Rather than berating them, he tells them to be faithful. Rather than rail against them for being part of a government system that is taking away Christian rights, he says to let none of them desert, but to faithfully serve.

Having been a soldier, it is sometimes difficult advice to follow. From my generation, more than one person went to Viet Nam who did not believe in the war, but served faithfully nevertheless. From other generations, others have gone who have ended up damaged because they went against their internal beliefs. And, yet, Saint Ignatius tells us to serve faithfully. It gives you an idea how important it is to avoid rebellion. It is important to the point of telling soldiers who belonged to an Armed Forces that were about to execute him that it was better that they serve rather than to rebel. It is an odd thought to our generation.

I read a meme on Facebook the other day that said, “I am a United States military veteran. I once took a solemn oath to defend the Constitution against all enemies foreign and domestic. No one has ever relieved me of my duties under this Oath.” The meme is used by folks of a particular political persuasion to say the exact opposite of that oath. What they all too often mean is that they are going to disobey all authority in order to carry out—violently if necessary—their particular interpretation of the Constitution of the United States of America. But, when you read Saint Ignatius, there is a different dynamic in order. He insists that you obey the bishop. He insists that you obey the presbyters. He insists that you walk in unity with the deacons. And, he tells the soldiers that even in difficult circumstances, it is better to obey. Because of my oath, should the United States ever split, I would most often back the official government forces. 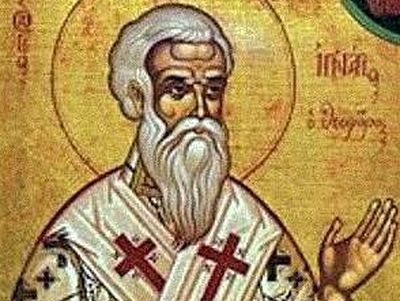 Yes, I know that this raises all manner of interesting ethical questions. But, what is also true is that we have become all too accustomed to deciding that every time we have a small disagreement that this raises an ethical question that means that I need not obey. In fact, I am amazed at how often we find reasons why we must disobey; why we must challenge; why we cannot simply do what is asked of us. We have built rebellion and disobedience into a virtue, one that surpasses the virtues of gentleness and self-control. And, yet, Saint Ignatius makes me stop. Saint Ignatius makes me think. Saint Ignatius challenges me to remember that there is a basic virtue of obedience that counteracts the pride and disobedience of the devil. When does the pride come in? When we think that our opinion is better than the opinion of [fill in the blank] then we are almost always guilty of pride, a pride that leads to rebellion. Why do I say that? Well, here is the problem. Once you are convinced that you have a “right to your opinion,” meaning that you have the right to disobey, you are most times taking the first step to rebellion.

Are there many ethical issues involved? Of course there are. Obedience always carries the possibility that you might have been right. Obedience carries the possibility that the request you obey is worse than your own opinion. But, the problem is that too often disobedience is worse. Too often the long-term result of insisting on your own opinion is precisely what we are seeing today in the United States, a Congress that cannot reach a compromise because each individual representative insists on his or her own opinion to the detriment of the common good.

When our forefathers rebelled against Britain, they spent time ensuring that they had common principles. They questioned themselves, until they had roughed out a Declaration of Independence that explained why they had the right to rebel. They did not take lightly the sovereignty of the people, but rather carefully delineated it and sorted out and detailed under what circumstances someone could rebel against the legitimately established authority. The idea, the principle, of the common good kept them from dropping into the maelstrom of the later French Revolution. The idea that it was not simply enough to disagree, but rather that one must agree in order to legitimately separate, was a foundation to both the Declaration and the Constitution. That commitment to the common good overcame their decision to rebel.

So, this July 4th, think through some of what you post on Facebook. Think through some of the ways you address your pastor. Think through what it means to obey and ask yourself whether you need to stop being the loyal opposition in order to become the reconciled support. Frankly, in both Church and State, some of us have become the disloyal opposition. That is, we are no longer involved in something resembling a principled disagreement, but rather in something resembling a disagreeable disagreement, in which no compromise, no cooperation, and no obedience are to be found in residence. We are called to obey. There is no Scripture that insists that we must always win our point. Many of us have forgotten what it is to obey in the rush to disobey on “principled grounds.” It really is time we stop. Let us begin to learn obedience. Let us take our Oaths to uphold and defend. Let us listen to Saint Ignatius of Antioch.