Source: Saint Aidan Orthodox Church
Divorce on the grounds of “irreconcilable differences” is generally not admissible in marriages between Orthodox Christians. Why not?
Priest Richard Rene | 13 August 2009 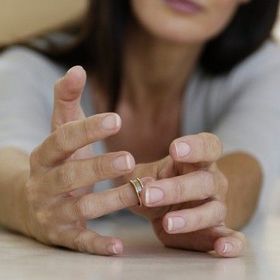 The title phrase is probably the most often cited reason for modern cases of divorce. It refers to a situation in which two married people discover at some point along the road that they are “not compatible,” which means, they don’t get along emotionally, spiritually, physically, most of the time.

Let’s get something straight to begin with. The Eastern Orthodox Church does permit divorce under circumstances of adultery, abuse and abandonment. However, divorce on the grounds of “irreconcilable differences” is generally not admissible in marriages between Orthodox Christians.

Why not? I believe it has something to do with the Church’s rejection of the underlying secular assumption behind divorce due to “irreconcilable differences.” Our culture tends to think of a successful marriage as one in which husband and wife are actually twin souls in different biological clothing. Your “one true love” is that special person who matches you perfectly, who completes you, fulfills you, perfects you, is actually your “other half” and so on.

The Christian understanding of marriage takes a very different view. In chapter five of his Epistle to the Ephesians, St. Paul uses a marital image to speak of the mystery of the Incarnation. The wife’s feminine role represents the human nature of Christ, which continues to manifest itself in the Church. (Ephesians 5:22-23) The husband’s masculine role, on the other hand, represents the divine nature of Christ the Son and Word of God, who is the head of the Church through the Holy Spirit. (Ephesians 5:25-26) The union of the two genders in one relationship speaks of the one Person of Christ in whom two natures are united. And this union, St. Paul says, is a “great mystery” (Ephesians 5:32) precisely because those natures—the divine and the human—are so completely exclusive and irreconcilable!

What we have here is more than just a theological conundrum. It has real and profound implications for those of who are married and follow the Christian teaching. For one thing, St. Paul tells us that marriage naturally and necessarily exists within a framework of irreconcilable differences. By using husband and wife as an analogy of divine and human, St. Paul in fact shows that far from being twin souls or complementary beings, the genders in marriage are exclusively different.

This fundamental difference is more than just an unfortunate condition of life in a fallen world. It is the very basis of God’s providential love for us. The Gospel definition of love is that God gave Himself for that which is completely ‘other’ than Himself—humanity. And since we are made in the image and likeness of God, our definition of love is expressed in the same way: love is the giving of oneself to and for someone who is utterly different from us.

Inevitably, couples living the secular myth of the ‘twin souls’ or the ‘one true love’ finally discover that they really are two different people. When this happens, the result may well be divorce because they can’t or won’t reconcile the dissimilarities. For couples operating on the assumptions of the Gospel teaching, however, irreconcilable differences in a relationship are not the end, but the very beginning of their calling to show forth the mystery of Christ in their marriage.

When I strive to serve my wife in the absence of personal comfort, convenience, or emotional fulfillment, that act is nothing less than the enactment of the love of Christ “who though he was in the form of God, did not count equality with God a thing to be grasped, but emptied himself, taking the form of a servant, being born in the likeness of men. And being found in human form he humbled himself and became obedient unto death, even death on a cross.” (Philippians 2:6-8)

When I seek the good and the life of another when there is nothing in it for me—no completion, no needs met, no emotional climax given—then my love is truly selfless, and as such, truly divine. And the greater the differences between myself and my wife, the brighter Christ shines when we continue to love one another anyway.

Are there any circumstances in which irreconcilable differences can genuinely be cited as the basis for a divorce? Possibly, but I believe that truly irreconcilable relationships are much rarer than we suppose. In a narcissistic, self-gratifying culture, we too easily flee from conflict with others. We try to smooth them over, rationalize them away, ignore them, or simply flee from them. Instead, we should see such disparities for what they really are: the canvas upon which we can illustrate the life-giving marriage between us and our Creator, which was consummated in the first century A.D. on a hill outside Jerusalem, and will be lived out in eternity.