Speaking of divorce, Pope refers to practice of Orthodox churches

Source: Catholic News Service
Natalya Mihailova | 12 October 2014
VATICAN CITY (CNS) -- When Pope Francis spoke to journalists about the need for a stronger Catholic pastoral approach to marriage and to divorced people, he made a parenthetical reference to how the Orthodox churches handle the breakup of marriages differently. 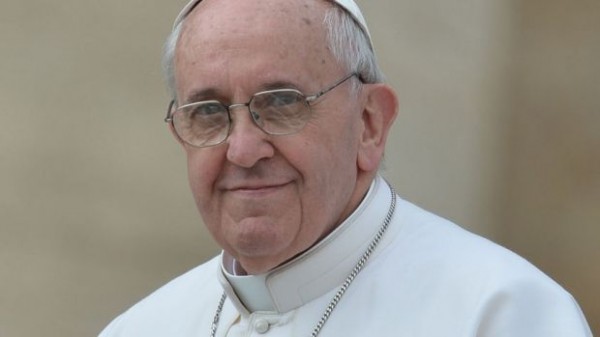 “The Orthodox have a different practice,” he told reporters July 28 during his flight back to Rome from Rio de Janeiro. The Orthodox “follow the theology of ‘oikonomia’ (economy or stewardship), as they call it, and give a second possibility; they permit” a second marriage.

Unlike an annulment, which declares that a union was invalid from the beginning, the Orthodox decree does not question the initial validity of a sacramental marriage and unlike a civil divorce it does not dissolve a marriage. Rather, the Orthodox describe it as a recognition that a marriage has ended because of the failure or sin of one or both spouses.

As quoted on the British church’s website, Metropolitan Kallistos of Diokleia, an Orthodox scholar and retired professor at Britain’s Oxford University, wrote in his book, “The Orthodox Church,” that the Orthodox permit divorce and remarriage under certain circumstances because Jesus himself, in upholding the indissolubility of marriage in Matthew 19:9, makes room for an exception. In the translation he quoted, Jesus says: “If a man divorces his wife, for any cause other than unchastity, and marries another, he commits adultery.”

The revised New American Bible, used at Mass by U.S. Catholics, translates the sentence as: “Whoever divorces his wife (unless the marriage is unlawful) and marries another commits adultery.” However, most translations use “unfaithfulness,” “fornication” or something similar to “unchastity” for the exception.

Still, Metropolitan Kallistos wrote, “Orthodoxy regards the marriage bond as, in principle, lifelong and indissoluble, and it condemns the breakdown of marriage as a sin and an evil. But while condemning the sin, the church still desires to help the sinners and to allow them a second chance. When, therefore, a marriage has entirely ceased to be a reality, the Orthodox Church does not insist on the preservation of a legal fiction.”

“Divorce is seen as an exceptional but necessary concession to human sin,” he wrote. “It is an act of ‘oikonomia’ (‘economy’ or dispensation) and of ‘philanthropia’ (loving kindness). Yet although assisting men and women to rise again after a fall, the Orthodox Church knows that a second alliance can never be the same as the first; and so in the service for a second marriage several of the joyful ceremonies are omitted, and replaced by penitential prayers.”