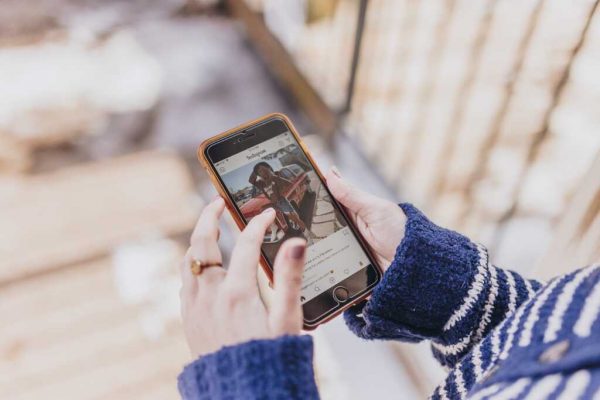 “Facebook is such a dominant force,” Baehr said. “These are serious issues. It gets people hooked and it plays into their fears and frustrations.”

Baehr explained there are literally hundreds of thousands of studies showing that kids are extremely vulnerable in the teenage years because that’s the self-esteem years.

“So it’s nice to see people coming together and saying ‘This is a gigantic issue and we’ve got to protect our kids,” he said.

The media analyst’s comments come not long after news broke that Instagram’s parent company, Facebook, is aware of just how harmful the photo-sharing app can be, particularly to teen girls’ self-esteem.

After studying the app’s impact on teenager users’ mental health over the last three years, researchers for the company found 32% of teenage girls who “felt bad about their bodies” said the problem was worsened by Instagram. In one study of teens in the U.S. and U.K., Facebook found that more than 40% of Instagram users who reported feeling “unattractive” said the feeling began on the social media app.

“Teens told us that they don’t like the amount of time they spend on the app but feel like they have to be present,” one Instagram research manager explained. “They often feel ‘addicted’ and know that what they’re seeing is bad for their mental health but feel unable to stop themselves.”

The data, compiled in an internal report, was leaked to The Wall Street Journal.

One slide summarizing the research stated Instagram makes “body image issues worse for one in three teenage girls” and found that “teens blame Instagram for increases in the rate of anxiety and depression.”

Instagram, for its part, attempted to cast doubt on the WSJ report by claiming its article “focuses on a limited set of findings and casts them in a negative light.”

While social media can be a great tool for connection, there is no doubt it comes with its fair share of pitfalls, chief among them the research indicating a direct tie between social media use and increases in depression and anxiety.

For those feeling overwhelmed by social media, Faithwire compiled a list of Bible verses to remember.