Source: Interfax-religion.com
Natalya Mihailova | 31 October 2014
Moscow, October 31, Interfax - Supreme mufti of Syria Ahmad Badreddin Hassoun sees the danger in establishing a "caliphate," as it has happened with the "Islamic state." 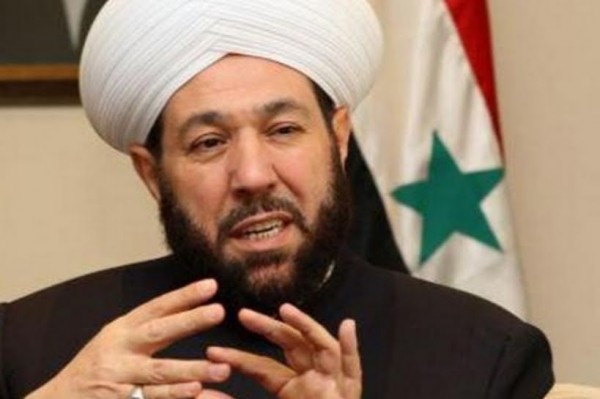 “Calls to set up an Islamic state are more dangerous that calls to unleash World War III,” the mufti said at his Moscow press conference.

He stressed that “religion is relations between God and a person,” and it does not have anything in common with a political regimen.

“When they wonder what will be with the state of “Islamic caliphate,” I ask, what state it is. I ask who of prophets commanded to establish it,” the Islamic leader noted.

According to him, “those, who try to impose any faith, will crush.”

He also warned Russian Muslims from the similar initiatives.

“I want to warn Russian Muslims: be careful, when someone tells you to set up a Muslim state. The destruction you now see in Syria show the danger of these words,” Hassoun said.

Speaking about Syria, the mufti points out that the country is fighting in economic, political and cultural spheres and “it is the fight of truth against lie, the fight of justice against injustice.”

According to him, 83 countries struggle against Syria today, and the Great Britain only spends 8,3 million pounds to bomb Syrian territory.