It’s Not My Fault 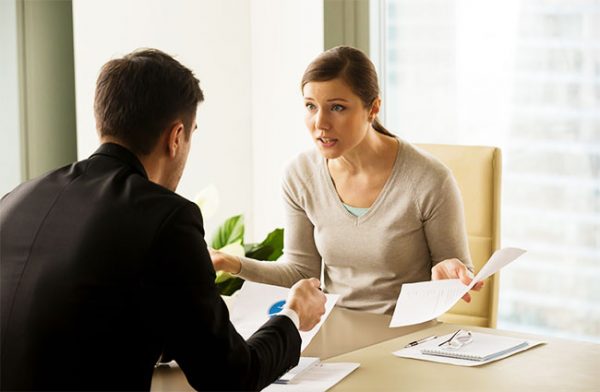 I searched for an old cartoon where Adam is pointing at Eve and Even is pointing at the serpent. Even though he has no fingers, you can see that the serpent wants to point to someone, anyone to blame. I did find this old cartoon by Thomas Nast. The people in the circle are elected officials, union officials, and others. The center of corruption was called Tammany Hall. When asked who stole the people’s money, the finger pointing began. Someone else is to blame.

Blaming someone else -it has been this way since the beginning. Bill Cosby says that if you only have one child, you can’t be a parent in the fullest sense. If something is broken in the house and you ask your child who is to blame, the child cannot point to someone else unless there is a dog in the house. With two children, you have to figure it out when each child points at the other and says that it was his/her fault.

Insurance companies do it. Natural disasters are “acts of God” and are not covered in the premium. When there is a man made disaster, assessing blame is essential to determine how much one will get in reimbursement if anything at all.  If you are involved in a car wreck, after being sure that everyone is well, the first question is “who’s to blame.”

Government is a good one to blame. We believe that if the government did its job, and stopped those evil corporations from cutting down the forests, from fracking and drilling and doing all these things, the environment  would not be compromised.  We would not suffer from these violent natural disasters on the scale that we have experienced them lately . We have just passed through an election season and once again it was a “name and blame” orgy. I wait for the candidate that has the courage to say “Yes, it was my fault, but I’m going to better because I have learned from my mistake.”  I would vote for such a person. To date, my prince has not appeared.

God is often blamed when bad things happen to us. We ask that if God really loved us, he would not let such things happen. All of us lay theologians try our best to explain that God’s ways are mysterious and the logic of God’s will is far above us. Yet, when you are talking to a mother of a terminally ill 5 year old, it is tough to explain.

Whatever logical road we take on the question, the Gospel of Jesus takes a different approach. We may like it or not.

There are many truths that the story teaches, but here is an odd thing. Despite his poverty and misery, Lazarus did not blame anyone for his situation  Above all, he  did not blame God. I am sure that would have been happy to be invited in for a good meal or to receive  some better clothing. He was a man of real humility and because of his humility he went to heaven.

Dives had a different heart, and it was a hard one.  He did not know or value humility. He was what we call a self-made man. I can imagine that when he suffered some financial loss, no matter how small, he first thought was who is to blame. His hard heart took him down to hell.

Often, those of us who live in the United States are surprised when something bad happens. We live in a very stable and prosperous society, so we enjoy being rather complacent. Our science, education, military strength, technology and economy assures us that we have nothing to fear. Then one day, as my family and I sat in a restaurant eating pizza, the large screen TV showed the Challenger Shuttle exploding. All the Dives in the world were shocked by the reality of failure. Another moment that continues to shadow our minds is labelled by a number that we cannot not forget – 9-11.

Are you Lazarus or Dives? By that, I don’t mean are you rich or poor. We may understand that  we are not poor, but we feel like we walk on a financial edge. We believe that we are one pay check away from poverty. Yet, if we ever had the  opportunity to be with the poor, we would realize that we are not poor at all. Most of us live like kings on the earth. In fact, we are  greater than most kings. Very few kings ever had central air or electric lights or indoor plumbing or automobiles.

The question is about humility. Do you have the humility to accept your life as it is and trust in God, or are you looking for someone to blame?  As I said, t is not wrong to wish for something better, for health, peace and well being. Yet, when sickness or loss occurs, when we are faced with trails and hassles, can we avoid complaining and blaming?  In such times, we should think of the poor Lazarus, and remember how he was taken into paradise.

Here is the main issue -while we may wish for better, we do not deserve better. This is the hook that drags many people down to depression and to their own personal hell – I DESERVE better. If God really loved me, I would not suffer from this. It’s interesting that any Christian would think that they deserve anything better. Do I deserve the grace of God?  Do I deserve being forgiven? Do I deserve the Lord Jesus?  When the Good Shepherd leads me to green pastures and fresh water, I think He is the greatest. I love and trust him. Yet, when the same Good Shepherd leads me through dark valleys, all I can do is complain.

Folks ask me how my life is going, I reply “Can’t complain, but I still do.”  They often reply, “It doesn’t help to complain”  My response is  that while I know this to be true, I complain anyway.  I should be like this guy who said, “I’m too blessed to be stressed.”   Americans should be the most thankful people in the world. Sadly, we are some of the worst complainers and we often ignore Lazarus.  In the OT, those who complained to Moses never entered the Promised Land.  Dives, everyone.

Let us pray that God will give us the grace and humility of Lazarus, so that whatever our condition in life, stressed or blessed, we may be able to say with trust and conviction – “The Lord gives and the Lord takes away. Blessed be the name of the Lord.”  Such is the way of Lazarus, and it is the way of the Saints.