“Why Orthodox Christians Are so Angry?” How Should I Reply to my Husband’s Complaint? 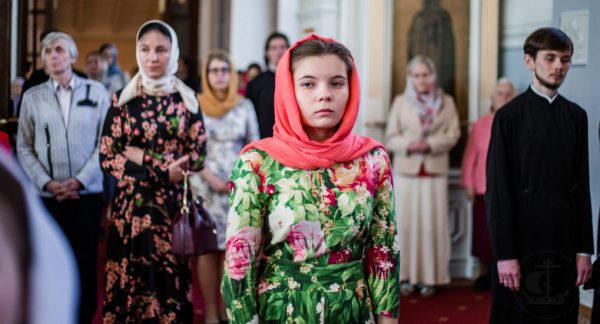 Lately, when reports of rise in salaries everywhere started to appear on TV, for some reason my husband and I didn’t have enough money and he has become a taxi driver to earn extra money. One day he came home and said, “Why Orthodox Christians are so angry?” He is far removed from the Church. That day he gave a ride to an elderly woman with her daughter. They were headed to the cemetery, because their closed one had died nine days before. The woman was rude to him, even though she continuously read prayers during the ride.

Then I started thinking about what to reply. Actually, he was right. “By this shall all men know that ye are my disciples, if ye have love one to another” (John 13:35). It means that they don’t recognize us. Neither the woman in the taxi, nor I myself have become a convincing testimony of Him for one particular person.

And yet, something in my husband’s words rubbed me the wrong way. Yes, apparently we are still students of a primary school. But we are students. If something in us confuses others, it doesn’t mean that we are taught bad things. It is just we study poorly or not for such a long time yet. Therefore, it is not always right – and sometimes even cruel – to jump to conclusions and give up on these students and especially on the very School. The question “why are you all so angry?” should remain a question for both believers and non-believers and should not turn into a sentence.

Exupéry said that hatred is composed from the same stones, from which love can also be composed. People turn to the Orthodox faith in the hope that God will help them to compose something good from their internal stones, offenses and misfortunes. This is a difficult task and not always visible to strangers. My mother is an inspiring example to me. She and my grandmother live in another city. One day my mother managed to start her own business. Then she announced that she would no longer help me with my kinds, because “she was a woman, neither a housewife nor a nanny”. It was not her responsibility to cook and change diapers. When the grandchildren would grow up and become independent, then they can come for a visit.

But her business fell apart and she was completely broke for several years. It upset her a great deal. Her annoyance and irritation erupted on others, like lava from a volcano. That was the time she started going to church, the only place where anyone can get consolation absolutely free of charge. Since then, my husband’s attitude towards Orthodox Christians was largely based on the image of a mother-in-law who makes bows with her prayer book in hand in the morning and in the evening, but constantly blows up at people around her.

But I knew my mother as a loving and kind person and believed that this crisis would end. People change slowly, especially it is hard to notice a change in the one you have already labeled. A friendly and peaceful atmosphere of an Orthodox parish, ten year long path of prayers and fasts, spent in constant struggle with herself, have changed my mother. Now she would gladly move in with us to help with our children, but my grandmother gets sick often and already needs care and attention.

My mother is a member of a local Orthodox community. She has found friends among the parishioners of the church she attends. And she is no longer angry with anyone. However, it took ten years of regular participation in divine services, pilgrimages, and communication with other believers in order to soothe her rebellious soul. 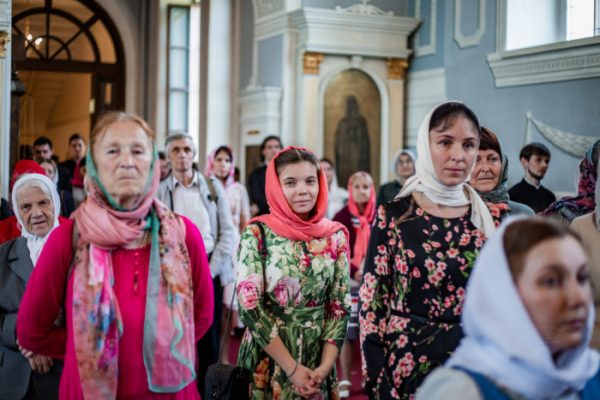 Not long ago my six-year-old son noticed that he was still wearing his cross while taking a bath.

“I will always wear it from now,” he said. “A cross on a sinner makes a protective field from evil.”

He was quiet for some time, apparently remembering that he had not read anything that day nor made the bed, although I had asked him about it several times.

He asked, “Is it strange to see a cross on a sinner?”

No, I think that’s fine. I’m not a Christian ideal myself. I need to raise my head from housework to see the sky more often. I will not comment on fasts and prayers, because I have nothing really to brag about. My cross is also not worn by a holy person. It happens only in a computer game, when you find a bonus and it is activated immediately, in real life the road to humility takes decades.

How can I explain that ten years is not such a lengthy period of time as it seems from a computer screen to someone who has just died and rose from the dead a couple of times in ten minutes in virtual reality?

A cross isn’t a magical artifact that adds points to health and instantly improves mood. And life isn’t a computer game. It is much more difficult and longer. You can’t build love and purity from a pyramid of offenses and sins in one evening. No matter how many prayers you will read. A cross on your neck means only that you are asking God to help you and you are ready to accept His help.

Life is longer than modern people think. Apart from it there is also the Eternity, in which a man can only be saved by God.