Source: Breitbart
Thomas D. Williams, Ph.D. | 16 July 2018
Some 450 African migrants have been transferred from a barge onto rescue ships headed for Italy Saturday morning, despite efforts by Interior Minister Matteo Salvini to pause further immigration until the situation could be stabilized. 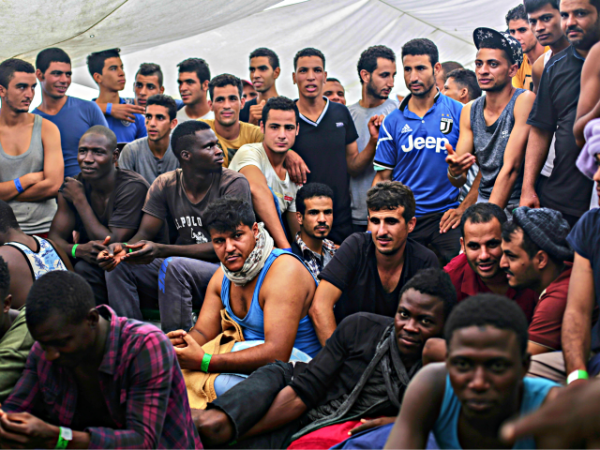 The migrants were transported aboard two official vessels, one from Italy and one from the European Union (EU), with 176 people are on the ship “Protector” of the Frontex EU border control and another 266 aboard the “Monte Sperone” of Italy’s economic police, the Guardia di Finanza.

The wooden barge left yesterday morning from the Libyan shores of Zuara and not long afterward entered the Italian SAR area (Search and Rescue). At 10:00pm Friday the vessel was a few miles off Lampedusa and Linosa, then the fishermen in the area saw the ship change course and head towards the coast of Sicily.

After a long tug-of-war with Malta, which had taken over the coordination of the rescue without sending ships and denying availability to receive migrants on the island, the Italian government brought in the Guardia di Finanza and Coast Guard vessels to escort the fishing boat.

Eight people, all women and children, were transported to the island of Lampedusa aboard Coast Guard patrol boats for health reasons.

Mr. Salvini has insisted that Italy would not permit the migrants to disembark and that if anything, it was Malta’s responsibility to receive them.

Responding to critics, Salvini said that everything he has done in his first 43 days on the job has been aimed at the security of the Italian people.

In the meantime, Italy’s mainstream media has undertaken a campaign to discredit Salvini, contending that his hardline stance on illegal immigration “does not work.”

At present it is unclear whether the migrants will be permitted to debark at Italian ports or whether they will be directed elsewhere. Mr. Salvini has promised to keep his promise and not give in to pressure tactics.