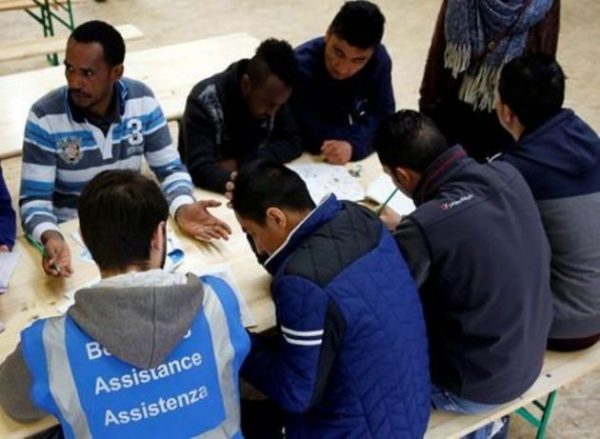 (Reuters/Ruben Sprich) An assistant talks to a migrant in a Swiss Federal refugee center set up in a tank hall on the army base in Thun, Switzerland, March 22, 2016.

In Germany, more than 2,000 Muslims have reportedly converted to Christianity since 2014. Church counselors in Switzerland are also reporting similar happenings but have not recorded the number of converts yet, Christian Today relays.

Switzerland’s counselling center for Integration and Religious Affairs (Beratungsstelle für Integrations und Religionsfragen or BIR) notes that the number of Muslims converting to Christianity increased when the refugee crisis struck. In an interview with the Swiss edition of 20 Minutes, coordinator Kathrin Anliker said those who have converted in the last few months are mostly Afghans and Kurds.

Anliker explained that many of the Muslim refugees may have been disenchanted with the radical interpretation of Islam in their homeland. She added that there may also be those who have secretly been living as Christians in their home country but now have openly professed their faith.

“On the other hand, it may also be that some who can now be baptised in Switzerland, were already Christian in their home countries but kept it secret for fear of persecution,” said Anliker.

In addition, Anliker noted that Muslims embracing Christianity may face a very difficult situation because some Islamists believe that apostasy carries the punishment of death. Because of this, refugees may receive threats from Muslims in shelters, and they could also face danger if they return to their homeland.

Meanwhile, questions have come up about the possibility that the refugees are just converting to Christianity and getting baptized just to increase their chances of getting asylum. State Office for Migration spokesperson Lea Wertheimer clarified that one’s conversion to Christianity has no bearing on the state’s decision on refugees’ application for asylum, Evangelical Focus relays.

Nevertheless, BIR is asking Christian leaders in Switzerland to know the real reason behind each refugee’s conversion. Wertheimer admits that fake conversions are not common, but churches should still be wary if a person appears to simply be looking for documents proving that they have converted to Christianity.