Source: Breitbart
ROME — The Observatory on Intolerance and Discrimination against Christians in Europe has published its annual 2019 report, chronicling the rising level of Christian persecution throughout Europe in the previous year.
Thomas D. Williams, Ph.D. | 20 November 2019 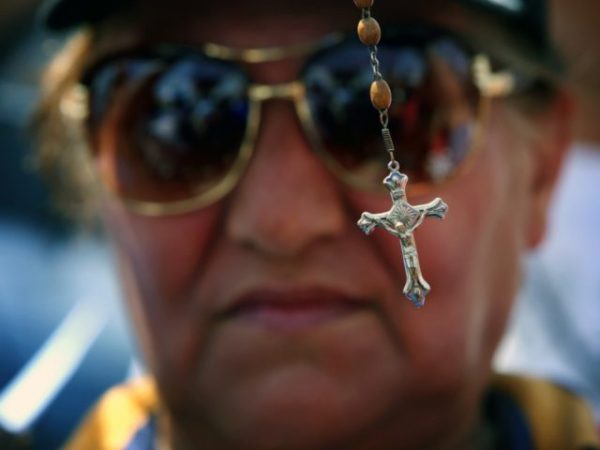 In its report, the observatory documented “a rise in the number of churches, Christian symbols, and cemeteries across Europe being vandalized, desecrated, and burned, compared to previous years,” and yet these acts of anti-Christian violence constitute just the tip of the iceberg.

“We have seen Christian-run businesses financially ruined, street preachers arrested, Christians forced to choose between their moral values and their professions, Christian student groups and speakers silenced on campuses, asylum claims of Christian refugees arbitrarily denied, and parental rights trampled on by overreaching governmental interference,” said Ellen Fantini, the observatory’s executive director. “Fundamental rights are rendered meaningless if they cannot be freely exercised by all Europeans.”

Moreover, the report states, across Europe, “Christians have been fired, sued, and even arrested for exercising their freedom of expression or conscience.”

Yet these violations of basic human rights have been accompanied by more serious acts of aggression as well, acts that seem incongruous with Europe’s self-understanding as a modern, tolerant continent.

“As we have noted in the past, Christians in Europe are not simply experiencing social discrimination, prejudice, or restrictions on freedom. Christians, including clergy, have been attacked or killed for their faith. As in previous years we have continued to see threats and attacks against Christian converts from Islam,” the report notes.

The 64-page report offers summary descriptions of more than 325 cases of intolerance and discrimination against Christians in Europe for the year 2018, in an ongoing attempt to raise awareness among all people of good will that the phenomenon ought to be taken seriously and is in need of a common response.

One such example comes from the United Kingdom where a convert to Christianity was denied an asylum claim for daring to contrast Islam and Christianity in a way unfavorable to Islam.

The man, an Iranian, said in his application for asylum that he had converted to Christianity after discovering it was a “peaceful religion in contrast to Islam.”

The rejection letter from the Home Office cited passages from the Christian Bible with violent imagery to make the case that the claimant’s depiction of Christianity was “false.”

“These examples are inconsistent with your claim that you converted to Christianity after discovering it is a ‘peaceful religion’ as opposed to Islam, which contained violence and rage,” the letter stated, although the Home Office later backed away from this position.

Earlier this year, the report notes, the French Interior Ministry announced the official annual crime statistics for 2018, which included 1063 “anti-Christian acts,” showing that in the ten-year period from 2008 to 2018, there was an increase of some 250 percent in attacks on Christian sites.

The Vienna-based Observatory on Intolerance and Discrimination against Christians in Europe says its aim is to “contribute to a Europe where Christians may fully exercise their fundamental rights to freedom of religion, conscience, expression, and association, without fear of reprisals, censorship, threats, or violence.”