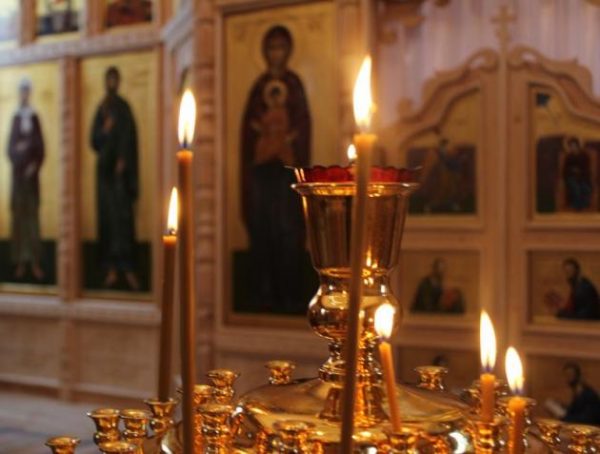 I listened to a podcast recently which stressed that comparing ourselves to other people tends to make us unhappy.   That is apparently one of the great problems with social media, since people normally post pictures and news about themselves that make them look as though their lives were perfect.  Since we know that our lives are not perfect, such images of others easily fuel a sense of inadequacy and insecurity.

The Lord’s genealogy in St. Matthew’s gospel traces the Savior’s human ancestry back through many generations to Abraham. The story of the ancestors of Christ, who helped to prepare the way across the centuries for the incarnation of the God-Man, certainly does not read like a Facebook posting.  The Old Testament presents them realistically as unlikely members of His family tree.  Since we are the unlikely recipients of the fulfillment of God’s promises in Jesus Christ, we should not bear the burden of maintaining a false appearance of perfection in our neighbors’ eyes or our own. Becoming like God in holiness is our goal, but we will fool only ourselves if we think that we have already attained it.

Not long after God told him that he would be blessed as the father of a multitude, Abraham gave his wife Sarah away to Pharaoh, encouraging her to say that she was his sister (Gen. 12).  Later, when they were impatient about their inability to conceive, Abraham fathered a child by Sarah’s servant Hagar (Gen. 16). These are scandalous stories about the faith and marriage of the foundational couple of the Hebrew people. Nonetheless, God worked through them to bring salvation to the world.  When God called Moses to lead the Hebrews out of Egypt in the Exodus, he made excuse after excuse to try to get out of it  (Ex. 4). Even after their liberation, the Israelites worshipped a golden calf (Ex. 32) and wanted to go back to Egypt as they complained about the hardships of wandering in the desert (Exod. 16).   The Bible does not present an idealized view of the Lord’s ancestors, but instead shows that God remained faithful to His gracious promises to the descendants of Abraham despite their many failings.

The first woman mentioned in St. Matthew’s genealogy is Tamar, who became pregnant by her father-in-law Judah.  A widow, she disguised herself as a prostitute when he would not give her his youngest son in fulfillment of the requirements of levirate marriage (Gen. 38).  Judah, Tamar, and the twins they conceived are listed in the genealogy. This family tree also includes Rahab, a Gentile prostitute who protected two Hebrew spies before the conquest of Jericho (Josh. 2).  She is listed as the mother of Boaz, a Jewish man who married Ruth, a Moabite woman, even though the Old Testament clearly prohibited such marriages (Ruth 4). Nonetheless, Boaz and Ruth are listed as David’s great-grandparents.  Then we read that “David was the father of Solomon by the wife of Uriah.”  David had committed adultery with Bathsheeba, who became pregnant, and then had Uriah killed in battle in order to hide what he had done (2 Sam. 11). He composed Psalm 50 (51) as he repented of his great sin.  Obviously, there is no façade of human perfection in these accounts.

Matthew’s description of the family tree prepares us for the kind of Savior we encounter in Jesus Christ.  Even as His ancestors sinned, He came to show mercy upon those who had fallen short of fulfilling God’s purposes for them.  His family line even included Gentiles, and He has made all with faith in Him the heirs of the promise to Abraham.

We may have heard the story of the Savior’s conception and birth so many times that we are no longer shocked by it.  We must never forget, however, that He was born in circumstances that were quite scandalous, for the idea of a virginal conception and birth was just as shocking in the first century as it is today.   The circumstances of His conception were truly outrageous and fit with no one’s conventional assumptions, as His teenage virgin mother became pregnant by a miracle of the Holy Spirit.  Joseph, the older man to whom she was betrothed as her guardian, was horrified to find her pregnant.  Knowing that he was not the father, he planned to divorce her quietly, but did not after an angel told him in a dream of the miraculous virginal conception of the Savior.

It is also easy for us to forget how scandalous our Lord’s ministry was.  Opponents charged Him with being a servant of the devil, a blasphemer, and one who disobeyed God’s commandments.  He conveyed mercy to Gentiles, tax collectors, prostitutes, and other public sinners and lowly people whom the religious establishment had rejected.  Respectable religious people, such as the Pharisees and the Sadducees, were scandalized by what He taught and did.  Even His closest followers considered His death on the cross to be a sign of complete failure that would never have occurred to the true Messiah.  When the tomb was empty three days later and He rose in glory, a different kind of scandal occurred.  In an outrageously unconventional way, Christ did what even the most righteous people of the Old Testament could never have accomplished.  He overcame death itself and made even the tomb an entryway into the eternal life of the Kingdom of God.

The only way to take our place in the great heritage which Christ has fulfilled is by faith, which means entrusting ourselves to Him.  If, instead, we offer ourselves to the false gods of social respectability or of maintaining an illusion of perfection in the eyes of others, we will simply build obstacles to welcoming the Savior more fully into our hearts at His Nativity.  His Kingdom remains a scandal in this world, and there is severe tension between seeking our fulfillment in the praise of our neighbors and finding the healing of our souls. Today’s epistle reading states that “by faith Abraham sojourned in the land of promise, as in a foreign land, living in tents with Isaac and Jacob, heirs with him of the same promise. For he looked forward to the city which has foundations, whose builder and maker is God.”  If we are truly uniting ourselves to Christ in holiness, we will remain strangers and foreigners to conventional expectations as we journey to embrace the fullness of the promise that is ours.  We will have faith in Him, not in vain efforts to give meaning and purpose to our lives by meeting the expectations of any group or individual, including our own.

As those who have received the fullness of the promise, we are even more scandalous than the ancestors of Christ. We must not hide our imperfection, but instead open the brokenness of our souls to the healing that the Savior was born to bring to the world.  We must turn away from our conventional distractions and excuses to confront the truth about where we stand in relation to the Lord.  That is why we must devote ourselves to prayer, confessing and repenting of our sins, fasting from the richest and most satisfying foods, and denying ourselves as we serve those in need.  As we conclude our preparation to receive the Savior at His Nativity, let us pay no attention to impressing others, but instead embrace the outrageous joy of those who have received a salvation that they never thought was possible and that they could never have given themselves.  Such joy is not the same as worldly contentment of any kind, but a foretaste of the eternal life of a Kingdom that is not of this world and which will inevitably appear as a scandal in its eyes. May that joy become characteristic of us as we get ready to welcome our Lord.