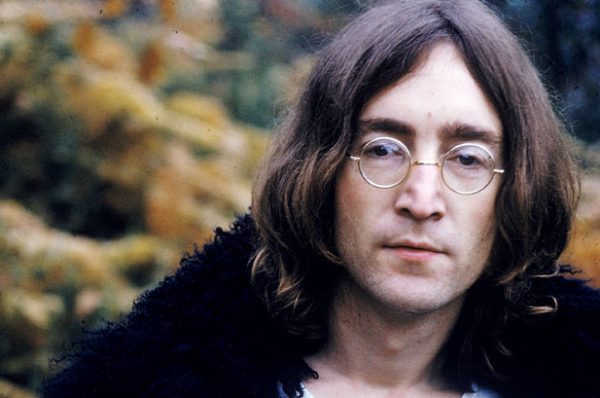 In the world’s hagiology, it seems that untimely demise bestows a scent of secular sanctity, that those who die before their time are endowed with the status of saints. Take for example the untimely death of Princess Diana. Despite some remarkably unfortunate life choices (such as Dodi Fayed), she was instantly hailed as “the people’s princess” after her death in a Paris tunnel and paired with Mother Teresa (since they died within days of each other), some speaking of them walking hand in hand in heaven like two saints. Serious comparison of the lives and choices of both Princess Diana and Mother Teresa, of course, does nothing to lend support to the pairing, nor to the idea of Diana being the sort of saint that Mother Teresa was. But untimely death brings with it an emotional response that often overwhelms moral discernment.

We see this in the case of John Lennon, who died at the age of 40 in 1980, gunned down as he and Yoko Ono were returning to their New York apartment. He died of his wounds and was pronounced dead on arrival at a nearby hospital on December 8 at 11.07 p.m. John Lennon was known for his advocacy of world peace, and became something of a poster boy for its cause. As Wikipedia relates, “Lennon and Ono used their honeymoon as what they termed a ‘Bed-In for Peace’ at the Amsterdam Hilton Hotel. At a second Bed-In three months later at the Queen Elizabeth Hotel in Montreal Lennon wrote and recorded ‘Give Peace a Chance’. Released as a single, it was quickly taken up as an anti-war anthem. In December, they paid for billboards in 10 cities around the world which declared, in the national language, ‘War Is Over! If You Want It’. ”

It is hard to escape Lennon’s perennial message: every year at the Christmas season we are treated to his rendition of “Happy Xmas (War is Over)”on the radio airwaves. It always makes me think of his other perennial favourite, “Imagine”,which opens with the lyric: “Imagine there’s no heaven. It’s easy if you try. No hell below us; above us only sky. Imagine all the people living for today. Imagine there’s no countries. It isn’t hard to do. Nothing to kill or die for, and no religion too. Imagine all the people living life in peace.” Lennon’s disdain for religion is here combined with his generation’s enthusiasm for peace, and the combination has found great resonance in the minds and hearts of many. Lennon’s untimely demise has served to place his life and views beyond the pale of cultural criticism. “Saint John” may not be easily contradicted.

The question may be asked however: what did John Lennon actually know about the true causes of peace and war, and about why nations wage war on one another? More importantly, why are nations sometimes dissuaded from going to war? It is unlikely that anyone was ever dissuaded from their own war-like impulses because John and Yoko famously allowed themselves to be photographed in bed together, or by reading their billboards announcing “War Is Over! If You Want It”. It is also unlikely that abolishing religion and countries would do the trick, for people sharing the same country and possessing no discernible religion still engage in war against others. Of course when this occurs within the same country, it is called not “war”, but “crime”, but the interior war-like impulse is the same nonetheless. War exists in the human heart, and neither bed-ins nor slogans can eliminate it from there. Is there anything that can? 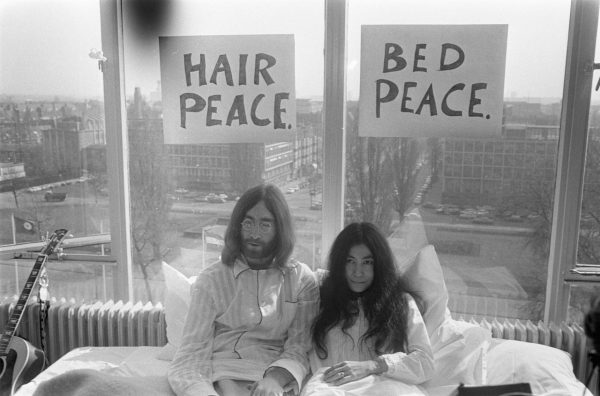 If John Lennon had been able to truly imagine and think outside the politically correct box of his generation (or perhaps if he had read some Christian theology), he would’ve found that there is something which can remove war from the human heart and allow all the people to live in peace. It is mentioned by St. Justin Martyr in his Dialogue with Trypho. In this work St. Justin writes, “We who were filled with war and mutual slaughter and every wickedness have each throughout the whole earth changed our weapons of war—our swords into ploughshares and our spears into pruning hooks—and we cultivate piety, righteousness, philanthropy, faith and hope, which we have from the Father Himself through Him who was crucified.” In other words, the religious impulse which Lennon disdained as the cause of war was actually the only thing capable of overcoming it. The secularized scenario that John Lennon bids us “imagine” has never produce the longed for peace, however much some people may have wanted it.

It is, of course, a bit much to expect that Lennon would have been familiar with the writings of St. Justin Martyr, which is admittedly a bit out of his field. Closer to home for him however is the song “Snoopy’sChristmas” by the Royal Guardsmen, which they performed in 1967 as a follow up hit to their previous popular song “Snoopy vs. the Red Baron”. In this Christmas song, the Red Baron is about to shoot down Snoopy in a World War I aerial dogfight when he hears the bells ringing from the churches below announcing Christmas Eve. Touched by this and its implications for peace on earth, the Red Baron decides not to shoot down his adversary, but instead forces him to land behind enemy lines. Though Snoopy expected that this was the end, he finds instead the Red Baron wishing him a merry Christmas and offering a holiday toast. The song ends with them both flying off in opposite directions, refusing to fight on Christmas Eve.

The song is not entirely fanciful. It is based on the historical 1914 Christmas Eve truce. On that evening, German soldiers began to sing Christmas carols and were joined by the “enemy” soldiers singing a few hundred yards away across No Man’s Land. Soon they left their respective trenches and met in the middle, conversing, sharing drinks and cigarettes and personal tokens, and showing each other photos of loved ones left behind. Some even played a game of soccer together. The generals of both sides were emphatically not amused, and several soldiers were later court-marshalled for their part in the camaraderie. You can see why: it is difficult to persuade men to shoot others with whom moments before they were sharing a cigarette and swapping personal tokens. It is difficult to persuade soldiers in the trenches to make other soldiers’ wives into widows and their children fatherless when moments before they had seen pictures of those wives and children. Now, thanks to their common celebration of the birth of Christ, the other soldiers across No Man’s Land were not simply “the enemy” or dehumanized monsters, but simply men like themselves. War had broken out in 1914 when healthy patriotism degenerated into unhealthy and fevered nationalism. Peace broke out all along the front lines shortly afterward in 1914, when men remembered the origin of their Christian Faith and their common love for Christ. Devotion to peace as a political abstraction played no part in this. Devotion to the newborn Saviour did.

Here is the only real hope for peace and for war being over. True and lasting peace can never come from politics, from bed-ins and slogans, from plans and policies, for man is not fundamentally a political animal, and politics cannot heal the human heart. Man is a spiritual animal, and healing for the human heart can only come from spiritual causes. Only Christ can heal the human heart, and the birth of Christ announces the only hope for all the people living together in peace. St. Justin Martyr knew that. Even the Royal Guardsmen and Snoopy and the Red Baron knew that. John Lennon did not know that. Just imagine if he did.