A Lack of Sensitivity to Sin: On the Rich Man and Lazarus

Source: Notes on Arab Orthodoxy
Metropolitan Ephrem (Kyriakos) | 02 November 2014
This sermon was given on Sunday, October 31, 2010 at the Church of Sts. Cosmas and Damian in Batroun. 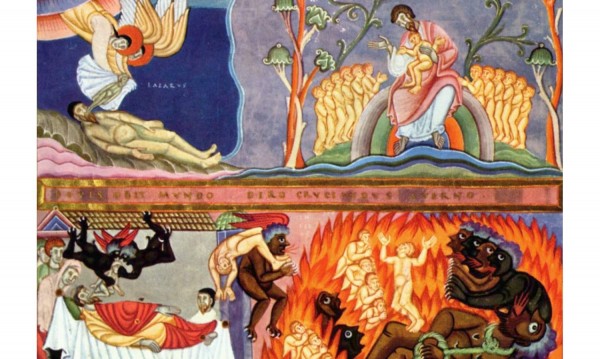 In the name of the Father and the Son and the Holy Spirit, amen.

You heard, beloved, the parable from the Gospel known as “the parable of the rich man and Lazarus.” The Lord Jesus often speaks in parables and very often does not speak directly because he wants the hearer to think about the words he hears. The person who does not think cannot benefit from what he hears! This is something that is well-known among psychologists. The person who does not listen and accept within himself what he hears doesn’t understand the words and does not apply them. And so the Lord Jesus very often speaks in parables, in stories, and hence the story of the rich man and Lazarus.

I think you all know this story, and so there is no need for us to recount it in detail. What calls for attention in this story from the Gospel is that the Lord gives a name to one of its characters and calls him “Lazarus”. The word Lazarus literally means in Hebrew “God is my help”. Lazarus is that poor man who is cast at the door of the rich, who has no “my help”. He has no money and no possessions to rely on. He only had God as a help. He wanted to eat the crumbs that fell from the rich man’s table. But the rich man was enjoying his money and his food every day! This situation is reversed after death, as it is shown in the story, because when Lazarus dies the angels take him and bring him up to the bosom of Abraham, that is to heaven, while when the rich man dies the Gospel says that he was buried in the ground and went to hell.

One might wonder what that rich man did to go to torment. Did he do something evil to Lazarus? He did not harm Lazarus and did not do or say anything to him. You know that the rich enjoy things in their homes, and very often they do not hurt others. So what is the mistake that the rich man made?

The great mistake or sin that the rich man committed and for which he went to torment is that there was near him, next to him, a poor man and he did not notice him. He did not see him. He took no interest in him! This is what our saints say is our great sin, that we do not notice our brother in need, that we have no feeling for others! One of the great saints, Saint Isaac the Syrian, says that “the great sin is the lack of sensitivity to sin.” How many people commit sins and do not feel that they are sinning! In this parable, the rich man did not sense the presence of the poor man “Lazarus” near him. This was his sin: a lack of sensitivity. This is the great sin. If you read this week the article about spiritual insensitivity in al-Nashra, you will know that when a person reaches the point of insensitivity, this means that this person has stopped being human.
That is the situation with the rich man and Lazarus. The parable says that after Lazarus went to the bosom of Abraham, to heaven, and was enjoying pleasure and the rich man went to hell and was tormented, there was a great gap between the two, between heaven and hell! What is this gap? Can it be bridged? The rich man asked Abraham to come and wet his tongue with a little bit of water, but this was impossible. He also asked him to send Lazarus to earth to tell his brothers and his family how he was tormented and Abraham responded that that too is impossible because, beloved, after death we have no repentance. Here on this earth the Lord gives us the opportunity to repent and to confess our sins and if we do not confess we will be held accountable for the actions we have done on this earth. We must listen to the Lord and do what the Lord commands us and we will not be in need of miracles in order to believe! Faith comes from the heart! When a person is raised in a Christian family and comes to church with a Christian family and hears the words of the Gospel, and then goes and tries to live according to the word of God, he will be saved and will have peace in this world and the next, amen.

The Arabic original can be found here. 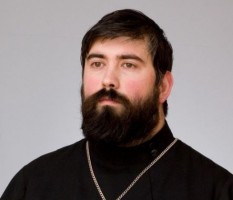 But What Did I Do?! On…
Priest Theodore Liudogovsky

The Lord said, “There was a certain rich man, which was clothed in purple and fine…