Leaders of the country, local Churches and foreign diplomatic missions congratulate Patriarch Kirill on 40th anniversary of his episcopal consecration

Source: DECR
Natalya Mihailova | 22 March 2016
On 20 March 2016, the Sunday of Orthodoxy, after the Liturgy at the Cathedral Church of Christ the Saviour, Metropolitan Juvenaly of Krutitsy and Kolomna, read out a congratulatory message to the Holy Synod of the Russian Orthodox Church on the occasions of the 40th anniversary of the episcopal consecration of His Holiness Patriarch Kirill of Moscow and All Russia. 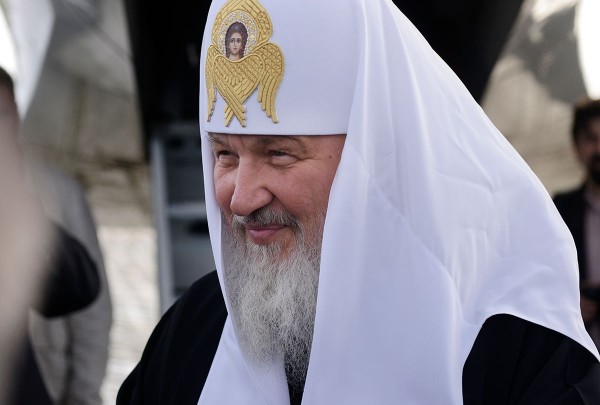 After that the Primate of the Russian Orthodox Church took part in a brotherly repast in honour of the auspicious date. Metropolitan Hilarion of Volokolamsk, speaking on behalf of the concelebrants in the Divine Liturgy, congratulated His Holiness, saying, ‘We remember how the Lord Jesus Christ condemned Pharisees for their fear of being defiled by touching a particular person. All their piety was reduced to the fact that they considered themselves separate and special. But the Lord put the Church on a different path, and the Church has been walking along it for two thousand years now, overcoming persecution and resistance. And you, Your Holiness, lead our Russian Orthodox Church precisely along this path, which has been commanded by Christ’.

In his response, Patriarch Kirill warmly thanked the gathering for participation in the Liturgy and congratulations. He also shared some impressions of his visit to Latin America and touched upon the role of Orthodoxy and the service of the Russian Orthodox Church in the world today.

‘It happened so that our Church came out of the crucible of persecution weakened as no other Christian community in the world to bear today a certain witness not only in the vast lands of historical Rus’, but also far beyond it, meeting with people’s lively and sincere response. The Russian Church has her own tasks, local, national, those within the Russian World, but also some global ones. And we will not give up these global tasks and will carry out the mission of witness to Orthodoxy’, His Holiness stressed.