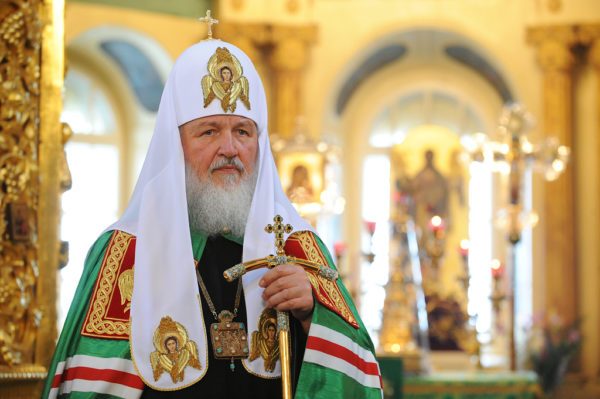 His Holiness Patriarch Kirill of Moscow and All Russia has congratulated His Beatitude Archbishop Chrysostomos of Justiniana and All Cyprus on the 40th anniversary of his episcopal consecration.

To His Beatitude Chrysostomos II

Archbishop of New Justiniana and All Cyprus

Beloved in the Lord Brother and Concelebrant at God’s Altar:

I cordially congratulate you on the significant date – the 40th anniversary of your episcopal consecration.

In your wish to serve the Lord, Holy and True (Rev. 6:10) in the young age you entered the monastery of St. Neophytus in which you were ordained as deacon, and years later came to head the monastic community. The Chief Pastor Christ, in His wise providence, ordained in good time that you be a successor of the apostolic ministry and entrusted to your care the old Metropolia of Paphos, of which you were the bishop for almost thirty years.

In a period difficult for the Orthodox Church of Cyprus, by the will of its archpastors, clergy and laity you were called to the lofty Primatial ministry. Concerned for the good order of church life in the land sanctified by the feet of Ss Paul and Barnabas, you have helped to revive old metropolitanates and bishoprics and to establish new dioceses. Your witness to the Gospel’s values and truths of the Orthodox faith and your steadfast stance on the problem of the divided island have gained you respect of the devoted people of Cyprus.

Joining those who are lifting up prayers for Your Beatitude on this solemn day, I wish you peace, physical and spiritual strength and God’s abundant help in your further Primatial work.