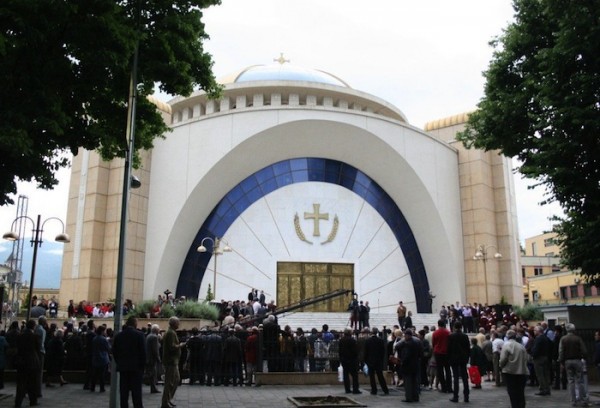 The consecration service – a major event for all Orthodox churches – was led by Ecumenical Patriarch Bartholomew I, Albania’s Balkanweb reports.

The complex of the new Resurrection of Christ Cathedral, situated in downtown Tirana, includes the Chapel of the Nativity of Jesus Christ, a bell tower and the Cathedral center, and symbolizes the rebirth of the Autocephalous Albanian Orthodox Church.